A lawsuit filed on behalf of bail customers claims surety companies and agents in California conspire to keep premiums high.

The Los Angeles Times reported public-interest groups filed the suit this week in Alameda County against more than 20 companies and agents.

It alleges the defendants work to discourage bail agents from offering discounts or rebates and retaliate against those who don’t cooperate. 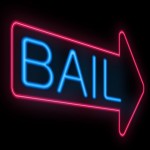 The Golden State Bail Association is among those named in the lawsuit. Association President Greg “Topo” Padilla tells the Times he had not seen the complaint and could not address the allegations.

A state law was signed last year to end cash bail for suspects awaiting trial, but it’s now on hold until voters decide a 2020 ballot referendum that would overturn it.