The conventional definition of an independent agent is an entrepreneur who owns his or her book of business and offers multiple carriers to service their clients. That is the simplified version, and it falls short of fleshing out how agencies are developing unique and diversified ownership models with two goals in mind: to grow the business and perpetuate it.

“I do not know what a true independent agency is today,” said Chris Burand, president of the agency consulting firm Burand Associates. “This is a serious question the industry needs to consider because branding, culture, profit, and market share are all affected by the answer.”

The reality, Burand said, is that the diversity of ownership models makes it difficult to classify agencies generically.

I do not know what a true independent agency is today.

“Independent agents are finding it difficult to exist,” said Al Diamond, president of Agency Consulting Group Inc. Automation has replaced the processing carriers relied on agents to do and to remain relevant agents can no longer be just sales representatives, according to Diamond.

“The independent agent serves the [carriers], but their interests are always with the [policyholder] and that they are properly protected,” Diamond said.

“The philosophy of relationship management translates across all lines of insurance because insurance buyers need a professional who knows what to look for and advise the individual on what is the best way to protect their selves. An independent agent is there to be your doctor and be the best they can be at it.”

One major factor cutting into the number of agencies is the aging ownership.

The average age of an agency’s largest shareholder today is 55, according to the IIABA and Reagan Consulting’s “2013 Best Practices Study.” Ten years ago, it was just under 53.

The focus on perpetuation is evident in how firms design their corporate structure. According to the Best Practices study, the number of “S” corporations over the traditional “C” corporations has changed substantially.

Reagan Consulting CEO Bobby Reagan says the advantage is “S” corporations avoid paying corporation taxes, but, more importantly, when an agency changes hands both the buyer and seller receive tax advantages whether the transaction is in the form of ownership transfer, or sale of assets to a group or a third party.

To remain viable, one of the biggest changes for agencies is the carriers’ acceptance of clusters and aggregators, according to Burand. These models allow groups of agencies to mass business with insurance carriers to give the agency access to markets and avoid minimum premium thresholds for their individual business.

One problem with clusters, Burand said, is that many lack management. Hundreds exist today shoving business through the program without control.

One cluster group that’s experienced success in recent years is Combined Agency of America LLC based in Austin, Texas. Formed in 1997, its membership of 52 agencies in Texas, Oklahoma and Kansas reported property/casualty revenues of more than $76 million in 2012, ranking it fourth on Insurance Journal‘s Top 20 Agency Networks and Aggregator Groups.

Bosworth & Associates joined CAA in 2001, said Michael J. Bosworth, the second-generation owner of the agency founded in Tyler, Texas, in 1939. Bosworth describes the agency as a generalist with 75 percent of its business in commercial lines.

Joining CAA has “brought us many opportunities to represent more companies and compete in the marketplace with the larger brokers,” said Bosworth. Equally important is access to a brain trust of 51 other member agencies. The relationship has helped the firm to expand into Oklahoma and Kansas and grow the business by 25 percent over the past four years to $3 million.

“There is no downside to being a member of CAA,” Bosworth said. “We have the ability to enter into new relationships and have more sophisticated customers and interact with other members. These are all pluses.”

Strength in numbers is not limited to clusters. Keystone Insurance Group of Northhumberland, Pa., adopted the franchise model in 1999 after years as a cooperative. From the founding four members, Keystone has grown to around 250 agencies in Pennsylvania, North Carolina, Virginia, Indiana, Ohio, Kentucky, Tennessee and Georgia, with total revenues in excess of $243 million, ranking it third on Insurance Journal‘s Network list.

In some respects, Keystone shares similarities with McDonalds, Wendy’s and Century 21 as a franchisor answering to state and federal regulation, according to Colin Buzzard, Keystone’s executive vice president of sales and marketing.

Unlike other franchises, Keystone members are encouraged to maintain their individuality because they are “the best of the litter in a county. We’re not taking second best,” Buzzard said. A member’s name does not change, nor does the management, but Buzzard said the affiliation with Keystone carries a distinctive brand of quality. Members have access to markets, products and the experience of other agencies they would otherwise not have, he said, giving franchisees “a big team play.”

He added that in 30 years of existence only one agency has left. Another advantage for members is perpetuation opportunities. If a member does not perpetuate internally other members get first right of refusal.

For an ambitious entrepreneur seeking to grow his or her agency, but not willing to give up their independence, they can find the markets and tools for growth in associating with Hampton, N.H.-based Strategic Insurance Agency Alliance. Jim Masiello, the chairman and CEO of SIAA, fiercely believes in the independent agency system. So strongly, in fact, that he found the joint venture multi-level partnering concept that is SIAA.

Masiello is quick to point out that the organization is not an aggregator, cluster or franchise. He said SIAA is a partnership with its roots dating back to 1983 where independent agents work with master agencies – that are also independent agencies – to gain access to markets in their region. However, gaining access to markets is not the sole purpose of the organization. Members also access professional expertise that SIAA offers to make members better, stronger, larger and able to compete against larger agencies in their market.

SIAA’s success is in its numbers. The organization says it averaged $700 million or more in annual premium growth in recent years. In 2012, the organization gained 432 new members and wrote more than $730 million in new written premiums.

SIAA Chief Marketing Officer Doug Coombs said members of SIAA are not obligated to funnel business through their master agencies. Instead, the organization is another tool, but a powerful tool, for agents to utilize as they work to satisfy their customer’s risk management needs whether that is the standard market, niche programs, wholesale or life and financial products. In addition to markets, SIAA provides marketing and lead generation tools, discounts for technology, expertise, training and other resources.

Andrew J. Barile, president and CEO of Andrew Barile Consulting Corp. Inc., calls the private equity concept a simple one: invest in a firm to form a national platform then acquire.

Fueling the strategy is the aging agency principal population when there is “no family to leave the business to.”

One of the fastest growing private equity-backed firms is Confie Seguros, based in Huntington Beach, Calif., ranked fifth on Insurance Journal‘s list. The firm formed in 2008 when the private equity firm Genstar Capital partnered with Westline Corp. President and co-founder Mordy Rothberg explained the firm’s initial strategy was to focus on the underserved Hispanic community by consolidating personal lines agencies. Today, Confie has moved beyond that strategy and now delivers personal lines and small commercial insurance in 17 states with 540 locations.

Confie today is approaching $300 million in revenue. In 2012, Boston-based Abry Partners purchased Confie from Genstar – a typical move for private equity firms as one fund capitalizes on its investment and the other seeks a larger pie. Rothberg said the new capital is “helping to take us to the next level.”

“I’m a big fan of private equity,” Rothberg said. “There is a longer term approach to business decisions. You can manage the business in a three- to five-year time frame. This gives management time to focus on building the company.” He said, “We are building a company that will be here in 40-plus years and onward.” 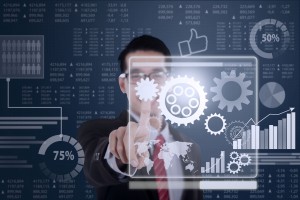 However, many privately held agencies remain in the hands of principals or major shareholders.

Other models use shareholder ownership to reward excellence, motivate employees or facilitate perpetuation.

The IMA Financial Group, ranked 11th on Insurance Journal‘s list, based in Wichita, Kan., and Denver, has a unique plan for ownership and perpetuation, says President and Chief Operating Officer Kurt D. Watson.

Its perpetuation plan calls for the agency to buy its outstanding shares every 20 years. In 1978, the company’s founders instituted a plan where 5 percent of the company’s prior year value would be set aside annually for perpetuation. The company has a qualified ERISA plan that owns 43 percent of the firm, and individual shareholders own the remaining 57 percent.

Under this plan, the company avoids debt, and is in its third generation of ownership. At the same time, the plan builds wealth for individuals, providing a strong incentive to attract and retain talent.

The company relies on organic growth to increase revenues and the plan aligns these goals with individual performance “creating a different dynamic and opportunity for equity growth,” said Watson. “For people looking for something a little different, that includes equity ownership, this resonates.” He added, “[Our plan] allows us to wake-up every day and not have an end game in mind. It has been a great strategic asset as a result.”

The same goals motivate the ownership arrangement at Assurance Agency Ltd. based in Shamburg, Ill., ranked 24th on Insurance Journal‘s list. Of its 300 employees, only 10 percent are shareholders consisting of the executive leadership team, producers, the sales-force and key managers, explains President Dan Klaras. Its program is not an ESOP and stock awards are based on performance goals and objectives. The plan, instituted in the mid-1990s by the original ownership group, serves two purposes: perpetuation of the agency and providing a new generation of producers ownership in a firm “fiercely focused on being independent and privately held,” said Klaras.

President and CEO Len Scioscia explained that the ESOP has allowed for the retirement of the firm’s largest partners over the course of 25 years. Effectively plotting the retirement of its shareholders forces financial discipline on the firm and, he adds, “It makes perpetuation a lot cheaper.”

“It is complicated and expensive and difficult to administer, but we consider it a useful tool,” said Scioscia. “Ours is entrenched and is our one primary tool to perpetuate the firm.”

Twelve years ago, three partners launched Bennett & Porter in Scottsdale, Ariz. Unlike most agencies, this agency focused on the personal lines business, said President Jack Bennett. The reason, he explains, is that personal lines customers need an independent agent. The benefit of high retention rates and low account maintenance outweighs the competition and today, the firm boasts $50 million in revenue, 70 percent personal lines.

To protect the agency’s book of business, producers do not have ownership, said Bennett. However, producers are compensated handsomely at a rate equal to ownership share with a vesting point and payout upon retirement. There is a program in place for younger agents to transition to a retiring agent’s book over a five-year period.

Overall, notes agency consultant Bobby Reagan, agency ownership models continue to change, “but the bottom line – this is a great industry and as far as ownership, it is a great investment for a lot of folks and I think that will continue.”