The New Mexico Court of Appeals has ruled that a patient in the state’s medical marijuana program who was injured on the job must be reimbursed by an employer for the expense of marijuana used for treatment.

The decision in July marks the third time in a year that the court has sided with a medical marijuana patient in a workers’ compensation claim.

In the most recent case, appellate Judge James Wechsler wrote that a workers’ compensation judge was correct in ruling that American General Media, which owns several radio stations in New Mexico, had to reimburse Sandra Lewis of Albuquerque. 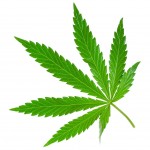 Lewis injured her back on the job in 1998 and has chronic pain. In 2010, Lewis was accepted into the state’s medical marijuana program to treat her pain.

New Mexico started its medical marijuana program in 2007, although pot remains illegal under federal law. About 13,000 patients are enrolled.