Far from being a new idea of the 21st century, scientific research conducted by amateur or non-professional scientists has a long and distinguished history. (Think Benjamin Franklin or Charles Darwin, for example.) 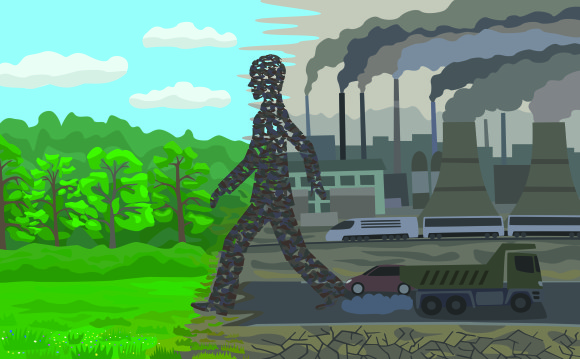 What is new, however, is the wide array of mobile technology that has become available to the general public, offering profoundly increased capacity for the average person to participate in voluntary data collection and sharing via online platforms.

Of pertinent interest are those devices that enable the detection of pollutants in the environment through crowdsourcing by minimally trained individuals. These tools offer both the promise of an increasing volume and accessibility of quality environmental data, as well as the possible risks of fueling citizen fears and litigation.

Recent devices appearing in the marketplace include not only those that are hand-held, pocket-sized, or wrist-wearable, but also those that incorporate applications on a user’s smartphone to make the most of technology already on hand. Some can sample for airborne pollutants that contribute to respiratory problems (such as pollen, particulates, or mold spores), while others can test for contaminants in surface or drinking water. Still others can detect the presence of toxic gases, pesticides, radiation, or biological pathogens. Many of these devices can sync with smartphones or connect wirelessly with websites to transfer the collected data for centralized processing and sharing online.

The value of such real-time detection combined with rapid analysis and compilation cannot be underestimated. No longer do concerned citizens need to wait for a government authority to report findings from various monitoring stations; they can investigate and publicize their own results in their own neighborhoods and compare them to those of others. In some cases, this data collection might even be entirely passive, as wearable devices enable ongoing surveys that require no particular extra effort in the gathering or sharing. At least one scientist has dubbed these developments as “data-driven empowerment” of the people. But this trend is not without its possible perils.

To illustrate, consider the case of the ongoing and future planned development near the former Superfund site at Rocky Flats, roughly 25 miles northwest of Denver, Colo. Active for nearly 40 years in the production of plutonium triggers for nuclear warheads, the site experienced more than one release of deadly contaminants: two from catastrophic fires with plutonium-laden smoke in 1957 and 1969, and an ongoing release from the outdoor storage of drummed radioactive waste from 1954 to 1968. Former Colorado State Rep. Wes McKinley, who was grand jury foreman in the investigation of environmental violations at Rocky Flats, is not allowed to discuss any of the damaging data he reviewed. But with the support of other concerned citizens, he said, “I figured we’d just collect data ourselves.” In 2010, a sampling project was carried out in public, across the street from the former nuclear facility, as well as inside a residence downwind from the site. High concentrations of plutonium-contaminated dust in breathable form were found in both sampling locations.

Although these findings were made public, they were not enough to stop the development of a new residential community just south of the facility.

Other concerns about the planned construction of a major arterial highway through the southeast corner of the Rocky Flats property have been similarly played down. At a 2013 public meeting with representatives of the state Department of Public Health and the Environment, the executive director reminded attendees that over 70 air monitors exist throughout the state, as part of the ongoing testing for radiation. Seventy monitors seems less impressive than the possible coverage that could be attained by 5.35 million people equipped with personal contaminant sensors.

The democratization of science that modern technology promotes is not without its drawbacks. But the promise it holds of turning data into knowledge and knowledge into action cannot be overlooked.

Riggs is is an executive underwriter for PartnerOne Environmental, a fully integrated source for environmental insurance products. The company provides coverage for a variety of small- to middle-market contractors, consultants, and property owners and managers. Email: iriggs@p1enviro.com. Website: www.p1enviro.com.