The January 2020 reinsurance renewals saw significant variation in pricing and capacity depending on geography, line of business, cedents’ loss record and client relationships, according to two reports published by brokers Guy Carpenter and Willis Re.

Indeed, the market demonstrated more divergence in both pricing and terms and conditions than at any point in many years, said a report from Willis Re, which is titled, “Willis Re 1st View – Markets Diverge.”

This is certainly not a one-size-fits-all market, affirmed Guy Carpenter, in its report titled “January 1, 2020 Reinsurance Renewal: An Asymmetrical Market.”

In classes where underlying performance remains positive and profitable, cedents often saw renewal prices remain level, or in some cases they saw modest rate decreases, said Carpenter in its report.

Guy Carpenter said that while reinsurance supply was largely sufficient to meet increasing demand in all but the most constrained areas, outcomes varied significantly by geography, line of business and cedent, with performance one of the key differentiators.

“On the other hand, those with more strained operating conditions faced market corrections, some significant,” said Carpenter. “The most pronounced rate increases were localized to specific regions or markets, typically led by successive years of losses, deterioration in performance and/or changing risk perceptions.”

The loss environment and shifting appetites of risk have been a catalyst in changing market sentiment, added Carpenter. “The impact of risk reassessments has initiated de-risking exercises throughout many segments of both the primary and reinsurance markets. As a result, many participants have scaled back or withdrawn capacity from several (underperforming) lines of business, creating a notable impact.”

Willis Re noted that some reinsurers are retreating and cutting back their in-force portfolios while others, which have been more bearish in recent years, “are seeing opportunities to capture business and relationships in a rising primary rate environment that is forecast to continue for the next few years.”

In loss-free international property catastrophe business, reinsurers didn’t get hoped-for price increases given the persistent oversupply of international catastrophe capacity, continued Willis Re, noting that this resulted in flat to moderate risk-adjusted reductions for Asian, Latin American and EMEA renewals.

In general, the Willis Re affirmed, U.S. placements proved more challenging than international renewals, although U.K. motor and some international liability accounts were exceptions to that rule.

Property catastrophe treaty accounts, most of which were loss-free in 2019 and not exposed to loss development, proved less demanding for cedents and their brokers because there was ample available capacity.

On the other hand, non-catastrophe-exposed business saw some contraction in capacity for non-cat business as reinsurers adjusted their appetites, said a Willis Re representative, in an emailed comment about the report.

Both brokers said that liability classes faced the most upward pricing pressure.

Willis Re noted that such pressure was most evident for liability accounts with prior-year loss development and risk programs with an increase in loss frequency and/or severity. “A further disparity exists between pro-rata placements for long-tail liability business, showing less volatility in year-on-year pricing, and excess of loss renewals – several of which have seen sharp pricing increases as a result of the market view that severity has increased.”

Carpenter said capacity deployment strategies were realigned in a number of U.S. liability classes, “as reinsurers reacted to pockets of heightened loss ratios and an increasingly difficult legal environment — both of which are being countered by significant positive rate momentum and underwriting actions within cedents’ primary portfolios.”

These loss dynamics are “driven in large part by rising social inflation and a more aggressive plaintiffs’ bar, fueled in some instances by the growing influence of litigation finance,” said Carpenter.

While the above loss emergence has thus far been prevalent in the U.S. primary market, some reinsurers are also experiencing similar adverse results, Carpenter said. Further, the broker continued, a firming liability environment was also seen in several regions outside the United States, resulting from a deteriorating performance that is beginning to filter into the reinsurance market. 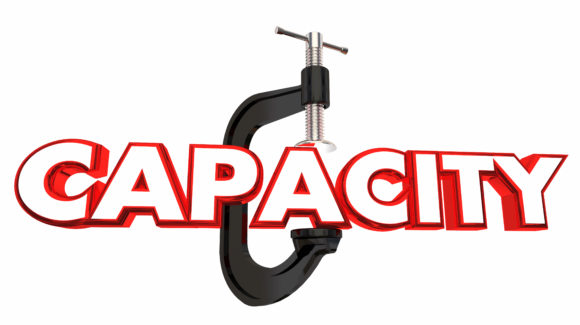 In recent years, reinsurers have ceded increased levels of premium into the retrocession market with the influx of capacity from third party (alternative capital) providers investing in insurance linked securities (ILS). However, that trend was challenged at the Jan. 1, 2020 renewal with the growth of trapped capital, a lack of new capital and continued redemptions from third-party providers, Carpenter confirmed.

(Editor’s note: Trapped collateral capital occurs when a cedent does not know the full extent of its losses and will thus wait to allow those losses to fully develop.)

Catastrophe losses in 2019, coincided with continued loss deterioration for certain 2017 and 2018 events, such as Hurricanes Irma and Michael and Typhoon Jebi, eroded or trapped capital for a third year in a row, Carpenter said, noting that increased participations from traditional carriers partially offset trapped third-party capital, but only within certain price parameters.

‘This shift has manifested itself more acutely in the primary market, as underperformance across multiple lines of business over several years has led to market hardening.’

“Some re-pricing and re-structuring was necessary in order to secure required capacity, especially where buyers were seeking large limits,” the broker continued. “Occurrence placements were largely straightforward, especially for those buyers who have maintained consistent long-term counterparty relationships.”

Willis Re said ILS capacity growth broadly stalled during the last 12 months, and in some cases declined, as a result of collateral trapped from losses emerging in 2019 as well as loss development from prior year events in 2017 and 2018.

The impact of the ILS capacity reduction has been most acutely felt on aggregate collateralized retrocession contracts, quota shares/sidecars and lower end pillared products, Willis Re said, adding, however, that a small number of ILS funds showed organic capital growth and could therefore gain access to new retrocessional and specialty business at improved prices along with traditional reinsurer capacity.

These combined factors resulted in “significant retrocession rate increases across several types of coverage at the Jan. 1 renewals, “albeit with marked distinctions depending on products, structures, relationships, risk tolerances, loss experiences and performance,” the broker added. 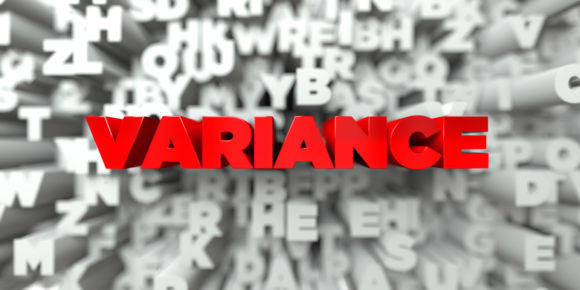 Carpenter said views of risk are changing and risk appetites are responding accordingly for both reinsurers and insurers.

“This shift has manifested itself more acutely in the primary market, as underperformance across multiple lines of business over several years has led to market hardening,” said the broker, pointing to Marsh’s Global Insurance Market Index, which shows global commercial insurance pricing, in all lines of business and all regions, rose by 8% in the third quarter of 2019.

This marked the eighth consecutive quarter of price increases and it represents the largest rise since the index was initiated in 2012, said Carpenter, quoting its sister company, Marsh.

“This has allowed reinsurers to factor in this positive development, thereby reducing pressure to heavily adjust ceding commissions for many pro rata renewals,” the broker continued.

“Overall demand for reinsurance has remained strong and, other than retrocession aggregate and some treaty aggregate covers, most buyers have been able to secure the capacity they require albeit at considerably increased prices for some stressed classes of business,” according to Willis Re.

Some ceding company clients, particularly large global insurers, have decided to retain more risk given the improvement in the underlying business, but other clients have made the transition to excess of loss structures if they were unable to agree satisfactory ceding commission terms with reinsurers, said Willis Re.

Pricing corrections in the property catastrophe reinsurance market over the last few years have been localized, and mitigated to some extent by sufficient levels of capacity, said Carpenter, noting that the reinsurance sector, in the main, operates in an environment of abundant capital and capacity.

Willis Re said client-centric underwriting by reinsurers was a factor during the January renewals, with preferred clients being able more easily to achieve their renewal requirements both in terms of pricing and conditions than those clients viewed as non-core partners.

“An understandable outcome of this has been a wide variance in the quoting process which increased the challenge of establishing market clearing prices,” the broker went on to say.

“The renewal period witnessed some difficult negotiations, but the reinsurance market managed to provide its clients with ongoing capacity across most lines of business. The market continues to react in a logical fashion, providing sustainable support for the primary insurance industry, thereby helping to underpin wider market growth,” said James Kent, Global CEO of Willis Re in a forward to the report.

In a statement accompanying the report, David Priebe, chairman of Guy Carpenter, said: “The reinsurance market enters 2020 in a solid position with initial analysis of dedicated reinsurance capital up slightly as compared to a year ago, bolstered by mid-single digit growth in rated capital in 2019. Accounting for the impact of trapped capital, total available capital at January 1 is close to flat. While reinsurers will continue to deploy capacity cautiously, with cedents’ performance and loss experiences scrutinized closely, the sector remains well capitalized overall.”