For much of the country, ’tis the season to beware of frozen water pipes. In this month’s column, we examine two such real-life claims from the Dakotas, one personal lines and the other commercial lines. Both are good examples of how policy language usually governs, even if the result defies logic and reason.

In the first case, the water line and pump to a North Dakota residential outdoor hot tub froze and were damaged. The hot tub had been used for several years without incident until a particularly nasty, record-setting cold spell came along, and this outdoor plumbing succumbed. The adjuster cited a freezing exclusion in the homeowners’ ISO HO 00 03 05 11 homeowners policy [emphasis added]:

We do not insure, however, for loss….

(1) Freezing of a plumbing, heating, air conditioning or automatic fire protective sprinkler system or of a household appliance, or by discharge, leakage or overflow from within the system or appliance caused by freezing. This provision does not apply if you have used reasonable care to:

(a) Maintain heat in the building; or

(b) Shut off the water supply and drain all systems and appliances of water.

However, if the building is protected by an automatic fire protective sprinkler system, you must use reasonable care to continue the water supply and maintain heat in the building for coverage to apply.

For purposes of this provision, a plumbing system or household appliance does not include a sump, sump pump or related equipment or a roof drain, gutter, down spout or similar fixtures or equipment;

Note that the exclusion does not apply if either of two conditions are met. Condition (b) clearly does not apply since the water supply was not shut off, and the affected system and appliance were not drained of water. However, condition (a) was met because the homeowners had maintained heat in the dwelling. “What?!” you say.

As you might logically expect, when confronted with this form language, the adjuster’s response was incredulous, since whether or not the dwelling was heated had nothing to do with whether or not the loss would occur when exterior plumbing systems were involved.

Most likely, the intent of the insurer with the “maintain heat in the building” exception was for it to apply only to plumbing systems within the building. However, no such condition or limitation was expressed in the policy language. In addition, there was no mention of outdoor plumbing under the Property Not Covered section of the policy. The only reference to “outdoor equipment” was with regard to loss valuation where coverage was limited to the lesser of actual cash value or the cost to repair or replace.

To his credit, the adjuster reversed his denial, and the claim was paid. So, what is the solution for unintended coverage consequences with regard to such policy language? Answer: You revise the form language to clearly and unambiguously reflect the coverage intent and refile the policy form with state regulators.

In the second claim, a South Dakota commercial lines insured had an artesian well that was the primary source of heating for all of his buildings on the premises. Water, far warmer than the air temperature on a January night, was pumped underground to radiator systems in the buildings. During one particularly frigid extended period, the underground pipes froze and burst. 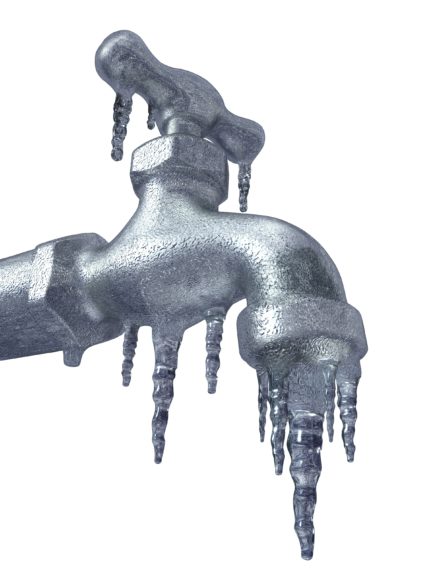 The adjuster denied the claim for damage to the pipes. The basis for the denial did not involve a freezing exclusion because the same language as the hot tub claim allowed for coverage. The exclusionary policy language in the ISO CP 00 10 10 12 cited by the adjuster was:

Property Not Covered Covered Property does not include:

Clearly, the policy does not cover damage to underground pipes. Given the possible exception to the freezing exclusion, the adjuster pointed out to the insured that, if the pipes were above ground, there would have been coverage. The insured in this case was as incredulous as the adjuster in the hot tub case. That makes no logical sense, because above ground pipes would almost certainly freeze. However, that’s how the language reads.

So, what is the solution for the insured in this case short of placing the piping above ground (which would likely have resulted in the underwriter either declining the account or attaching an exclusionary endorsement similar to the ISO CP 14 20 – Additional Property Not Covered endorsement to the policy to exclude damage to above ground piping)?

In the hot tub case, the solution for the insurer was to revise the policy form language for future claims.

In this case, the claim could have been resolved at the time the account was written by preventing an uncovered claim. How that could have been accomplished is by recommending the ISO CP 14 10 – Additional Property Coverage endorsement or a similar form.

The ISO form says, “The following is withdrawn from Property Not Covered and added to Covered Property.” Early editions of the form include a list followed by blank space to add items, and included in the listing is underground property. More recent editions of the endorsement allow anything listed under Property Not Covered in the CP 00 10 to be shown on the endorsement.

Legendary insurance coverage expert Bob Smith of the Florida Association of Insurance Agents was known to say, “If you can’t argue language, argue logic; if you can’t argue logic, argue language.” As evidenced by these two claims, an argument based on policy language, even if illogical, most often prevails and can work for or against the policyholder. But when you combine language AND logic, your coverage interpretation becomes almost unassailable. In the upcoming installments of this column, I’ll do my best to demonstrate that assertion in a variety of real-life claim scenarios. For now, remember to RTFP.

Wilson, CPCU, ARM, AIM is the founder and CEO of InsuranceCommentary.com and the author of the book "When Words Collide: Resolving Insurance Coverage and Claims Disputes." More from Bill Wilson

Insurance Agency Employees Making More Money But Not as Happy