An agent who is a client of mine asked me, “Do you really think any business owner is truly happy with their agent or insurance company today?” Good question. Having to tell the public over and over and over, “There is no coverage. Sorry. Apply for a PPP loan,” makes even massive doses of empathy insufficient.

Going forward then, I believe we have an inflection point where business owners will better appreciate agents who actually know what coverages are being sold and what exposures are not being covered. The larger and more sophisticated clients will be the most demanding, but I suspect the small businesses that survive will be far more demanding, too.

Another client told me that trust is made of two parts: character and competency. Historically, most insurance was sold based on character. If the trust ratio required for a sale is 100%, then character often is 80% and competency is 20%. Specific to business income insurance, the ratio is more 95% character and 5% competency – and that is without any sarcasm or cynicism on my part. Somehow character does not pay claims as well as competency.

I have been in the industry a long time. Business income knowledge has always been lacking because it is a difficult coverage to learn. During my tenure, I have seen coverage knowledge deteriorate due to mandatory CE requirements and cost saving measures.

Through my E&O audits and my coverage training classes, I see many industry veterans who have successful sales careers that do not know business income coverages. Over and over through my audits, producers and agency owners tell me, “My clients love me. Even if they don’t have the right coverages, they won’t sue me.” And, most of the time, they don’t.

I know one agent who wrote a property policy on the wrong address which resulted in the client having no coverage for a fire. He called the client and explained the situation – that no coverage existed – and for some reason, the insured “understood” and did not sue the agency.

I have met so many good old boys who sell based on their connections. They tell the greatest stories. I admire their storytelling abilities. I know more than one ex-athlete who is successful because clients want to buy from a semi-famous person.

I know more than one producer with a pretty face who can barely spell insurance (this is not a sexist remark for anyone thinking I am referring to only one gender, as my examples are fairly proportionate).

On what are these relationships based? Trust in the producer’s character. 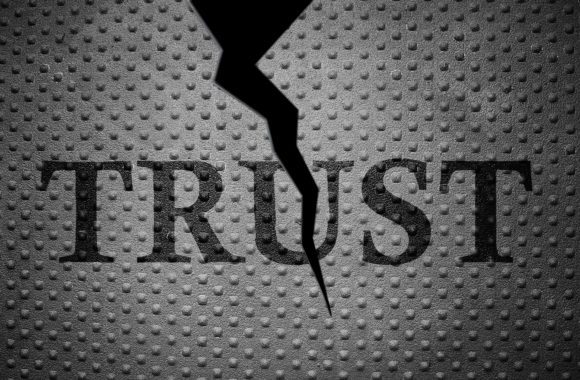 This makes considerable sense because insurance — or really, insurance contracts — is complex. Selling such complex financial instruments with cartoon characters drives me up the wall, but cartoon characters are trustworthy in many people’s minds. Advertising research is convincing on this point. Selling on trust has historically been a far more efficient, i.e., cost effective, sales model. It costs less to sell on trust than to prove professional competency.

There is a Darwinian aspect to this research because I don’t think anyone sat down and did the math to identify the most time efficient sales model – it just evolved this way.

The trust ratio mix is changing. Rather than just trusting my agent because my agent is a “good guy” and my decision to trust him is based on 80% character and 20% competency, I now want someone who is far more competent. I want a ratio of 80% competency and 20% character.

If character does not pay claims, but competency does, and my businesses’ survival is on the line, this is an easy choice. An agency owner who told me one year ago that he just wanted producers who could sell rather than sell the right coverages might need different producers now. What good is selling insurance that does not provide the right coverages for the client?

Keep in mind, this is not just about business income insurance. The D&O claims, the workers’ comp claims, the EPLI claims, the inadequate liability claims have yet to really build, not mention the cyber attacks that are increasing exponentially as everyone works from home.

Going forward, agents who actually know their coverages and are technically competent will likely have far more traction than they have historically had because customers will now pay attention to competency. Trust will now be at 100% only if the competency part of the ratio is quite high.

If you and your producers do not think competency is going to matter more to clients, it will definitely matter more relative to your agency’s/brokerage’s E&O policy. I have seen many agencies claim the title “risk manager” so that their character trust factor increases. However, their competency has not increased one iota. While pandemic related business income claims may be universally denied, and therefore in this extreme example agents probably will not be sued successfully due to the lack of a product that would have provided coverage, the same is not necessarily true for a risk manager.

A risk manager manages risk, and their duty exceeds the sale of an insurance policy. To manage risk means to manage the insured’s risk – ALL of the risks unless a contract limits the risks being managed, which may include pandemic risks. If no one ever has uncovered claims, fake titles that enhance the character/trust factor work. However, when large uncovered claims do occur, such titles are agency liabilities because the titles increase the standard of care responsibility.

Being a risk manager may, depending on the circumstances, require analyzing your clients’ entire risk profile and making recommendations that go far beyond an insurance policy. Being a risk manager pretty much requires an enterprise risk management approach, and those are few and far between.

In other words, you can’t have your cake and eat it, too. If you want to be a risk manager, it is the competency factor, not the character factor that matters. You must walk the walk. Given how hungry, maybe predatory, some plaintiff firms are in this environment, such organizations might want to change titles or greatly increase competency ASAP before the next wave of virus infections occur.

Life is always a trade-off. Trust needs to be 100% for the sale to occur. That really does not change, but within that recipe, more competency must be added because character is not what clients want. Just character is what the plaintiff bar salivates for because finding probable cause for justifiable E&O claims is so much easier.

It is your choice. Do you leave the character/competency ratio as it is, or do you increase competency?

Burand is the founder and owner of Burand & Associates LLC based in Pueblo, Colo. Phone: 719-485-3868. E-mail: chris@burand-associates.com.

Burand is the founder and owner of Burand & Associates LLC based in Pueblo, Colo. Phone: 719-485-3868. E-mail: chris@burand-associates.com.