The amount of surplus lines premium reported in Texas continued its upward swing in May, coming in at nearly $100 million higher than reported in the same month last year, according to the Surplus Lines Stamping Office of Texas (SLTX).

Through May, reported surplus lines premium broke records each month in 2020, SLTX said. For the first five months of this year, each recorded total has been the highest premium amount ever reported for that particular month.

The number of actual filings decreased year over year. The 434,499 total filings recorded through the end of May 2020 represents a 5% decrease when compared to the same period in 2019.

SLTX has seen an increase in the number of policies filed for exempt commercial purchasers (ECP). Through May, there have been 1,014 policies for ECPs for the year, compared with 857 during the same period in 2019, a 18.3% year over year increase.

SLTX also reported that some elements of its new online filing system, SMART, were released on June 12.

Surplus lines agents and brokers who file policies with SLTX using automated filing can begin reviewing the changes and testing the new system.

The release includes an application programming interface (API), which receives an XML file and adds it to the SLTX database, and the SMART Connector, a platform available for agents and brokers who previously used Vertafore’s Process Manager feature to file policies with SLTX. Additionally, it includes functionality for internal filing, which SLTX staff will use to process transactions.

SLTX’s technology project uses project management methodology that allows portions of the project to be released as they are developed. It also promotes flexibility and adaptability in that changes can be made as needed throughout the process.

This latest release does not yet include capabilities for corrections, reports, downloads or significant inquiries, which should still be completed in SLTX’s Electronic Filing System (EFS). 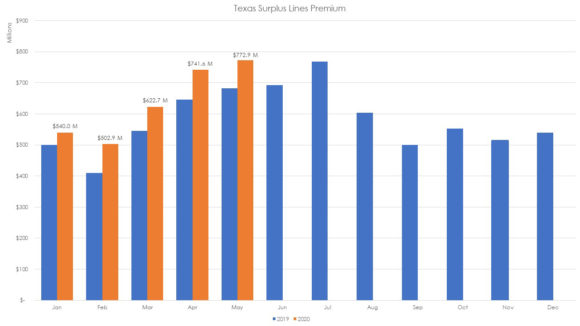