A number of years ago, I worked with an agency that specialized in insuring residential condominiums. Their personal lines department focused on insuring unit owners, including homeowners who owned condos as secondary homes. Their commercial lines department insured many dozens of homeowner associations ranging from condo associations with multiple two-story buildings covering several acres and those in 16-story high rises, as well as fee simple homes in residential communities.

The agency used several insurers who had special association and community insurance programs based on non-ISO or modified ISO policy forms. In one case that I became involved in, the agent had issued what I’ll refer to as a Deluxe Condo Policy to a condo unit owner. This form was based on ISO’s 1991 HO-6 Unit Owners homeowners form but added a number of bells and whistles. As a whole, the form was notably superior to ISO’s HO-6. But that doesn’t mean it covers everything the ISO form covers and more.

What happened was there was a water leak from an upstairs condo unit that caused $26,000 in damage to the subject unit on the first floor. For purposes of this article, we’ll assume that, under the condo association bylaws, there was no liability of the upstairs unit owner nor coverage under the association’s master policy. Our focus here is on coverage under the Deluxe Condo Policy vs. a plain, vanilla ISO HO-6 form.

Both the ISO HO-6 and the Deluxe Condo Policy cover “accidental discharge or overflow of water” from within a plumbing system with a few exclusions. The ISO HO-6 excludes loss that occurs “On the ‘residence premises’ caused by accidental discharge or overflow which occurs away from the building where the ‘residence premises’ is located.” In other words, the exclusion applies only if the water originates outside the building. So, in the subject claim, the ISO HO-6 would cover the damage.

Was this significant difference in coverage between the ISO HO-6 and the Deluxe Condo Policy intended by the insurer?

IF that was the case and this fact was known, perhaps the equitable thing to do would be to pay the claim in the spirit of the “Deluxe” form title, then revise the language so that the form is at least as good in all respects as the ISO HO-6.

I’ve actually had insurers do that on more than one occasion. That is, acknowledge that either broader coverage was intended or that the language in question in other situations was ambiguous and coverage would be provided until the form was revised to more accurately express an exclusionary intent.

In another case, a private client insured was covered under a very broad package that included a “Preferred Auto” policy that was significantly superior to a plain vanilla ISO Personal Auto Policy (PAP).

The ISO PAP generally covers acquired autos as long as the insurer is notified within “X” number of days. However, the Preferred policy allowed the insurer to discontinue coverage after 30 days. The policy provided for no specific notice of coverage so, presumably, the insurer could advise the insured on the 29th day that coverage would end on the next day (30th day). Whether the state’s nonrenewal law applied was debatable.

In addition, while the Preferred policy had numerous coverage perks beyond the ISO PAP, it had more restrictive provisions, as well. For example, pretty much all auto policies exclude “racing,” but what is meant by “racing” can vary tremendously from one form to another. The plain vanilla ISO PAP only excludes racing that takes place “inside a facility designed for racing.” Lots of non-ISO auto policies in the marketplace exclude any prearranged or organized racing event, regardless of where it occurs. Some even specifically exclude street racing, whether organized or not.

This is why my coverage mantra is “RTFP!” Read The … Policy! I would not hesitate to suggest any policy that is generally far broader than another to an insured, but I’d want to make them aware of pertinent exclusions and recognize that a particular insured might have circumstances that warrant a somewhat lesser policy if the generally superior form has deficiencies that are more likely to apply to that insured.

For example, if the family has a youthful son with a high-performance auto, the racing exclusion could be extremely important. Given that, other than weather related losses and possibly fire, water leaks are a major cause of loss, if your insured buys a home with a decades-old plumbing system, how “repeated seepage and leakage” claims are addressed by homeowners policies is a material consideration.

I always encourage selling coverage not price. Just be aware that “better” isn’t always better and “deluxe” isn’t always superior. As best as you reasonably can, tailor coverage to each individual insured. That is one of the strategic sales advantages that independent agents have over captive agents and direct sales insurers, though admittedly it may heighten the agent’s E&O exposure. 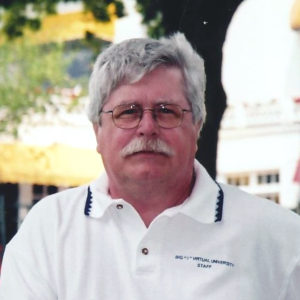