DeSoto began his career in law, specializing in bankruptcy and commercial litigation, prior to joining Great American’s Corporate Claims Division in 2008. In 2010, he joined the Specialty E&S Division, now known as Great American Risk Solutions, with responsibility for Claims Operations.

In 2014, DeSoto assumed the role of divisional senior vice president overseeing Underwriting, Operations and Accounting as well as other divisional functions.

Currently, Skinner serves as chief banking officer of the company with the leaders of the many non-bank lines of business also reporting directly to him. As president and CEO of TFSG, Skinner will be able to devote his full attention to these businesses. Skinner will report directly to the CEO of TowneBank and continue to serve on its corporate management team.

Founded in 1999, TowneBank offers a full range of banking and other financial services. The bank operates more than 40 banking offices throughout Hampton Roads and Central Virginia, as well as Northeastern and Central North Carolina.

Lamb Insurance Services (Lamb) has appointed Doug Penley as the director of sales. Penley is responsible for all aspects of sales and distribution strategies and leading a team of client executives in the Carolinas, which is an expansion market for Lamb.

Josh Lamberg, CEO of Lamb Insurance Services, said Penley’s more than 20 years of experience in sales and claims leadership will help the company bring its insurance products and services to more nonprofit and social service organizations in Southern states. Penley most recently served on the executive board of the Triangle American Red Cross.

Lamb Insurance Services is headquartered in New York, New York, with offices in or near major cities around the country. Lamb’s focus is serving the nonprofit and social service organizations. 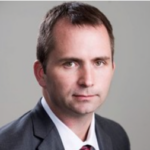 San Francisco-based insurance broker and consulting firm Woodruff Sawyer added Jon Janes to its Management Liability team as a vice president. He is based in Austin, Texas.

Janes specializes in directors and officers risk for public and private companies across all industries. He began his career in the legal field, then expanded to the insurance industry. Janes has more than 15 years of experience at insurance brokerage firms.

Hamel comes to AMERISAFE with more than 20 years of insurance and leadership experience, most recently serving as divisional president of the Republic Cos. In addition to progressively responsible sales roles at Republic, Hamel has prior experience as an independent insurance agent and working within a property/casualty wholesaler.

Zimmerman joined Omaha National in 2017 as an underwriting manager. He has nearly 18 years of experience in the workers’ compensation industry. Zimmerman has been with the company’s underwriting division since its inception and provides training and leadership to underwriters with a focus on deep risk assessment.

Cooper joins the 128-year-old risk management and insurance brokerage firm as a member of the executive team and will be based at the firm’s Cleveland headquarters. She assumes responsibility of human resources operations for Unison Risk Advisors, which includes oversight of all Oswald and RCM&D companies.

Cooper has more than 20 years of experience in the field. Most recently, she was senior vice president of operations and people for FRONTSTEPS, a Denver-based software development firm. Prior to FRONTSTEPS, she held senior leadership positions in operations and human resources at Colorado-based Dish Network Corporation within the company’s In-Home Services division. Her previous professional experience includes leadership positions for technology, media and services companies.

Powers previously served as accounting manager and has been instrumental both in affecting positive change in the Financial Services Department and in creating process efficiencies throughout the enterprise, the company said.

Powers began his career in the banking industry and switched to insurance accounting approximately 10 years ago. He joined RMIC in 2016 as a senior accountant.

She spent five years as a broker and has 26 years of industry experience.

Topa Insurance Co. has named Paul Torio as director of technology. Torio is responsible for developing and delivering solutions across Topa’s technology infrastructure in support of business goals. He has worked at Topa for more than 15 years.

Most recently, he led and delivered a technology foundation transformation in the areas of integration, rating and document generation. His previous titles include senior software engineer and solution architect.

Topa Insurance Co. is the largest of the subsidiaries of Topa Insurance Group, an insurance holding company based in Calabasas, California and provides insurance products through the wholesale markets.