This past month’s cycle of blizzards and heavy snowfall in the Boston area and New England have been adding up to a significant impact in the region.

The following are the top U.S. writers of homeowners, auto and blizzard-exposed commercial lines of business in New England in terms of direct premiums written in 2013, from data obtained from state pages of statutory property/casualty annual statements filed with the National Association of Insurance Commissioners and compiled by SNL Financial. (U.S. filers only. Data shown is a consolidation of data of statutory filers within the SNL-defined group structures and unaffiliated single companies.) 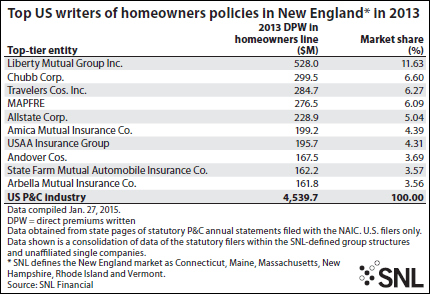 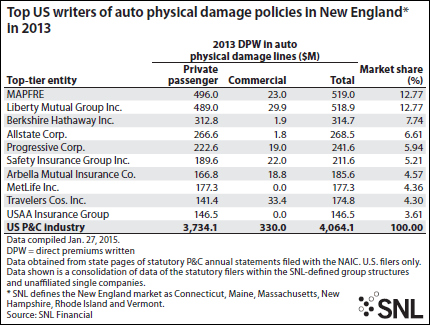 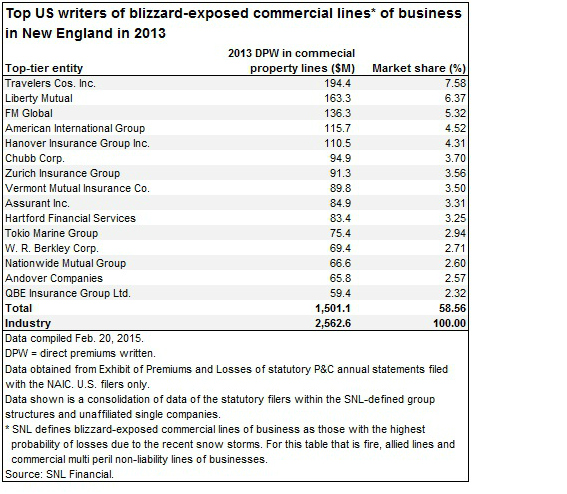