Missouri has seen an increase in the number of workers killed while on the job, according to the Occupational Safety and Health Administration.

Agency officials said 24 workplace deaths have been reported since October.

The agency’s acting area director Todd Sieleman told KOLR-TV that he doesn’t know of another point where there have been as many fatalities in such a short period of time.

Sieleman says most of the deaths could have been prevented. 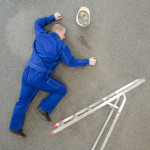 “The economy is rebounding and we are seeing an increase in construction. This could lead to the increase we are seeing in the fall fatalities which is one of our leading causes,” Sieleman said.

According to the agency, it is important for employers to examine work zones and equipment. The agency says employers need to use a wide range of tools and strategies to be more effective in preventing injuries.

“It’s just simple common sense. It’s also where the employer has to become educated as to the signs and symptoms,” Sieleman said. And provide that education even to employees so they can look out for each other.”

According to the agency, the leading causes for worker deaths in the construction industry are falls, electrocution, being struck by an object and being caught in or between equipment or collapsing structures.