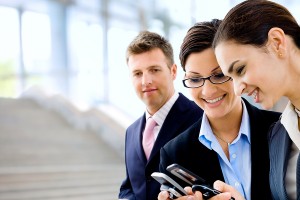 Bryan Hanes grew up in the family business listening to stories about life in a small town. He heard his grandfather and then father sharing cheerful conversations with local towns folk about personal relationships, local business, current events, and of course insurance.

But Hanes didn’t choose the family independent insurance agency as a first career choice after finishing college. Instead he went on to law school and soon began practicing in the areas of insurance defense and workers’ compensation.

“But I didn’t really feel fulfilled in the doldrums of doing discovery, document reviews, drafting motions and doing hearings,” Hanes admits. So when his father offered an opportunity to join the family-run insurance agency, Hanes left his practice to become a third generation insurance agent.

Hanes spent his younger years in the Hagerstown, Md.-based Antietam Insurance Associates, a quintessential small town agency, according to the young agent.

“I grew up hearing stories from my grandfather about selling insurance when you had to go from door to door,” Hanes said. “When my father took over the agency, I remember playing in his office. I was struck by the cheerful exchanges that he had with the policyholders. They would strike up conversations about what was going on in town and what was happening in their lives at that time.”

Hanes says what drew him to leave his career as a lawyer to join the family insurance agency had everything to do with that experience.

“There was something about the business and the relationships that I saw that gave me a warm feeling as a child and then clicked later in me as an adult and shaded my decision to enter the agency,” Hanes says.

Andy Beauchamp, vice president, director and owner of Wabash, Ind.-based Beauchamp and McSpadden, found out the benefits of becoming an agent through his family’s agency.

Beauchamp joined the family business after college as a fourth generation insurance producer in the agency. His great grandfather founded the agency in 1927. Today Beauchamp’s father serves as the agency’s chairman and his uncle is president. “Then we have numerous other family members that are employed as well at Beauchamp and McSpadden, including my brother who is in our Lexington, Ky. office, and my cousin, Parker, who is also a young agent in our Wabash office,” Beauchamp says. Today the agency has about 50 employees.

Beauchamp, who is the chair of the Independent Insurance Agents & Brokers of America’s National Young Agent Committee, says growing up in a family-owned insurance agency showed him the benefits of having a career as an independent agent.

“Growing up, I spent a lot of time watching my father throughout the years as he came up through the agency ranks … I saw that it afforded a good lifestyle. It gave him a considerable amount of flexibility,” Beauchamp says. “Being in sales, I also saw that, really, the sky is the limit, what you can do, when you’re a commission-based agent.”

“There are few professions whereby a professional can directly and positively impact the lives of people as is the case, on some occasions, during their most devastating and trying times of their lives,” says Hanes, the third-generation Maryland agent. “What we do affects individuals and families in the course of their lives. People trust in us their futures to protect. I think that’s a grave responsibility. It’s a promise that we give people and that we have to enter into with respect every time, for every policyholder.”

Andy Webb, a young agent for Watkins Insurance Agency in Austin, Texas, and chairman of Independent Insurance Agents of Texas’ Young Agents Advisory Council, says “the coolest thing” about being an agent is that every day is a new day. “You get to visit with new people. You get to learn something about a business you didn’t know much about. Having an opportunity to connect to people, I think, is so cool. I’ve been in the business for nine years, almost to the day in fact, but every day is different. It has new challenges and opportunities … and I think that’s just really, really cool.”

Most young agents agree relationships in the insurance business are critical. Some 92.4 percent reported in the Young Agents Survey that success in the agency business is mostly about building relationships.

The reasons young professionals join the independent agency system may vary, but the vast majority, some 84.8 percent according to the Young Agents Survey, consider insurance a permanent career choice.

Thirty-year-old Michael McGroarty of McGroarty and Bradburn Insurance in Robinson, Pa., didn’t start out in the family business but always thought about it.

“I guess I was always thinking about going into the business, but when I graduated college, I wanted to do my own thing and see what I could do, and work in a couple of different industries,” McGroarty says. After college he worked for a few small businesses in varied industries but ended up at a large, national cell phone company.

“After working for a larger company for a couple of years, I was kind of getting the feeling that I didn’t like the large corporation,” McGroarty says. “I really wanted to go out and work for a smaller business rather than a large business, and the family-owned business was the perfect opportunity.”

McGroarty and Bradburn was founded in 1926 by McGroarty’s grandfather. His father joined in 1973, and he joined in 2007. Today the agency has 10 employees and represents about 25 different companies.

For young agent Denton Christner, partner at the Alameda, Calif.-based BayRisk Insurance Brokers Inc., insurance was a first career choice even though it wasn’t a family business.

Christner began his career in insurance as an Allstate agent years ago. But soon after becoming an Allstate agent, the mammoth carrier began consolidating agencies and cutting out newer agents. He found himself forced into the independent agency system.

“I really didn’t have a choice at the time, but, looking back, I have no regrets coming to the independent side,” Christner says. “As an independent, I can go to several markets, where, as an Allstate agent, I was limited to their market and had to lose a lot of business, because I couldn’t go anywhere else.”

Christner says he never had a doubt that insurance was for him.

“I loved insurance,” he says. “As an Allstate agent, I loved what I did, and I really didn’t know the independent side until I started talking to people and interviewing. The amount of knowledge, as far as product knowledge, and dealing with the public, was, I thought, far superior to what I was trained to do as an Allstate agent, and the support I was given, or the lack thereof.”

Most young agents responding to the IJ survey say their agency or brokerage firm provides “excellent” (45.3 percent) or “good” (34.6 percent) opportunities for educational improvement, but 20.1 percent rated those opportunities as just “fair” or “poor.”

Young independent agents value their career choice today but understand that being young presents a few challenges as well.

According to the Young Agents Survey, 76.8 percent reported that as a younger agent, they have to work harder to gain the confidence of clients.

“When I started, I was having difficulty trying to talk to business owners that were older than me and proving myself to them because they had more experience dealing with older agents,” Christner says. “Even though I have the product knowledge and experience, it’s harder to translate that and to earn the trust of somebody who could be a little more experienced.”

McGroarty, who works hand-in-hand with his father, sees his youth as an advantage when approaching new clients; however, he understands some business owners want to see an “experienced” agent.

“It is not that they do not trust you, but they like to see somebody with some experience, especially if they have been in their industry for a long time,” McGroarty says, adding that teaming up with his dad helps.

“I go to meetings with my dad, and he goes to meetings with me,” he says. “It shows both an older, experienced side, somebody that has been around a long time, and then the energy of the youth side and the future in this industry. … It helps him and it helps me at the same time, and it kind of overcomes that disadvantage that the younger agents have.”

Beauchamp says that even inside the agency, young agents sometimes experience challenges when it comes to their youthfulness. “I think there’s still kind of a divide between the older agency owners compared to new ones, or the new young agents that are coming into the business,” Beauchamp says. “If you have an individual who might be in her early 20s that’s coming into the business, they’re going to work differently from an individual that might be in their mid- to late 50s or early 60s.”

Older agency principals have to embrace how the younger generation works, Beauchamp says, something he sees happening in many agencies today.

If older principals accept how the younger generation does business, ultimately “it’s going to be a winning situation for both parties,” he says.

While many in the insurance industry keep business in the family, many more come from careers in other industries.

Amy Oswick, 37, a producer in the Los Angeles office of Lockton, joined the independent agency system after a successful career in financial services — a background she believes has given her an advantage in the insurance industry.

Watkins Insurance’s Webb also believes his experience in other fields has helped him as a young agent.

“Being a producer is probably not well suited for somebody just coming out of college,” he says. “I think that getting experience in another field was a tremendous asset to me. I think if I had come here straight out of college, I wouldn’t be successful as a producer. But getting some experience, even if it’s in a completely unrelated field … I think would be a tremendous asset.”

McGroarty says he would definitely recommend the independent agency system as a career choice to other young people but admits he would not have become an agent without his own family ties.

“I don’t think I would be in the property/casualty agency business if my father was not in it,” McGroarty says. “I think part of the problem is, is that it is not really promoted out there.”

Hanes also believes the insurance industry is an outstanding profession for young people. “I think there’s ample opportunities out there,” he says. But to do well in the industry, newcomers need to understand success will take a lot of drive, motivation, hard work, and a certain amount of toughness, he adds.

“More importantly, today, I think it takes a component of being very versatile, to view old ways of doing things and try to do them a little bit different or innovate from the norm,” Hanes says. “The way I see that my father, Maurice Hanes, grew the business is very different from the way my grandfather, Leonard Summers, grew it before him. Leonard went door-to-door, and my father forged relationships within the community, and now I see that the way that I have to grow the business is also very different in many aspects as well.”

“But I think that you have to realize you’re going to be thrown into an environment that is as competitive as the most competitive industries,” Hanes says. “Thus, creativity becomes the paramount staple. But I think it is perfect for any young person ready for the challenge and wanting to do the work that it takes to see positive results.”

To listen to podcast interviews of the young agents featured in this article, visit: https://www.insurancejournal.tv/channels/young-agents/