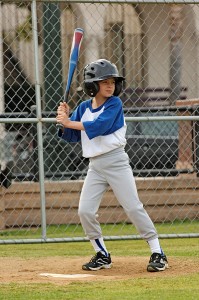 A new lock, a thick door and a steel bar across the shuttered front counter of the Canyon Lake Little League concession stand still couldn’t prevent the youth baseball league from taking a hit.

The president of the Rapid City, S.D., league said vandals recently pounded the lock off to break in and make off with a cooler full of food and a small amount of money.

And that’s small change when it comes to crimes against local Little Leagues. The volunteer-run organizations have long been the target of theft or embezzlement schemes.

The issue raised enough eyebrows that Little League International sent a letter in 2009 to all local leagues offering tips to safeguard against financial problems after noticing an uptick in stories about missing funds at local nonprofits. Guidelines include having the international parent organization perform criminal background checks on adults.

The policy protects local leagues against “monetary loss caused by dishonesty, disappearance of money, securities or other property, and destruction of money or securities,” reads a description of the policy from Little League.

“These are good people in communities trying to run a healthy, fun program for kids,” Keener said at a recent function at Little League headquarters. “(The policy) was in response to try to put some protections in place. Obviously, nobody can afford 24-hour security.”

Officials at Little League International in South Williamsport — where the World Series for 11- to 13-year-olds is played each August– note that the vast majority of leagues don’t have such problems. They also say they don’t necessarily hear about every instance of theft, since the national office has no direct oversight of local finances.

No matter how big or small, each break-in, report of stolen equipment or forged check charge generates headlines, given the crimes are set against the backdrops of the innocent scenes of boys and girls swinging for the sandlot fences.

“Ultimately, it affects the kids in the league,” said Canyon Lake president Rich Hegre said. Any money lost seeps out of a budget that relies on fundraisers, donations and fees forked over by parents to pay for items such as uniforms or new bats and catcher’s gear.

In Honolulu, parents of players in the Makakilo Kapolei Honokai Hale league had a firsthand lesson in having to rebuild after a former treasurer, Paulo Salas-Selem, pleaded guilty in September to forgery and theft.

Funds from registration fees and fundraising totaling $11,500 between December 2007 and April 2008 were deposited into a personal bank account and used to pay mortgage, credit cards and other expenses, prosecutors said. Salas-Selem was sentenced in January to five years of probation, more than $14,000 in restitution and community service, Hawaii Supervising Deputy Attorney General Christopher Young said.

Pamela Witty-Oakland, a former Makakilo league treasurer, said she was asked to return to the board and audit the books after the allegations surfaced. The league couldn’t buy new equipment the next year, and some parents grew distrustful, she said.

One parent and former league board member told the Star-Advertiser of Honolulu last year that the league at one point dropped to about 100 players from a peak of 600 to 700.

Witty-Oakland’s second stint on the board lasted a couple years, but she left confident the league was in much better shape and growing. The league is located in a part of Oahu that has been targeted by planners for growth, while the league itself has expanded into girls softball.

“With that, we had to re-establish credibility and re-grow the league,” she said. “It’s been a real effort to get back to those numbers.”

In Pennsylvania, accountant William McKernan was sentenced earlier this month to 11 1/2 to 23 months in prison for embezzling money to finance a lifestyle that included vacations, private schools and strip club visits. Prosecutors said McKernan swindled $57,000 from the Lower Gwynedd Little League, part of a larger scheme involving clients totaling $1.75 million. He has repaid much of the money and apologized at his sentencing hearing earlier this month.

Local league president Jay Gelman said the case didn’t have much of a financial impact this season, and that the league bounced back to have successful sponsorship and good registration numbers in 2011. They also had insurance to recover anything that wasn’t returned.

Parents overall, were sympathetic, Gelman said. The league put in place stricter guidelines over finances, and turned to an outside accounting firm to oversee the books.

“It created a lot more work for the board,” Gelman said. “It did cost us money, in that we had to pay for an accountant we never paid for before.”