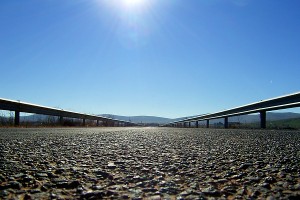 The professional liability insurance market will face challenges in 2012 with widespread concerns over pricing, a heightened awareness of the current regulatory environment and fast-emerging new risks for small businesses, a new survey claims.

In a recent survey, global specialty insurer Torus found that market uncertainty is the central theme within the professional lines space and will likely drive decision making in 2012 and beyond.

“Insureds are facing a fast-moving market,” said Jeffrey Grange, senior vice president, head of professional lines at Torus. “Every possible dimension of risk is changing and fears of increased prices and gaps in coverage are growing concerns among professional liability insurance buyers.”

The evolving nature of existing risks and emerging new exposures require insurers to be flexible in order to respond to the changing needs of customers, Grange said.

With 2012 renewals fast approaching, the survey highlights that pricing uncertainty pervades. Thirty percent of respondents affirmed that the changing pricing environment is a major cause for concern, viewing it to have the biggest overall impact on the market over the next 12 months.

“As we move into 2012 we are seeing a transitional market,” Grange said. “We’re beginning to see an uptick in prices. The market needs to be prepared for increases where insureds have sustained losses and/or increased exposure.”

Respondents also note that an increase in market competition (25 percent), the current regulatory environment (23 percent) and the creation of new products (17 percent) were also major concerns.

When asked which legislation will have the greatest impact on the management and professional liability market over the next 12-18 months, more than a third (35 percent) of respondents declared the Dodd Frank Wall Street Reform and Consumer Protection Act (Dodd-Frank) as the legislation to watch. This was followed closely by the Health Information Technology for Economic and Clinical Health Act (HITECH Act) (22 percent), as well as the Fair Labor Standards Act (17 percent).

With its overhaul to corporate governance and financial disclosure, Dodd-Frank is massive in scope, the survey says. It extends the reach of regulatory oversight to private and public companies and moves far beyond the Sarbanes-Oxley Act of 2002, and has garnered significant industry attention.

Forty-four percent of all respondents say the biggest impact of the legislation will be a higher number of internal corporate investigations. An additional 29 percent believe that the impact will be felt in a greater need for loss control services, while another 15 percent believe Dodd-Frank will result in more whistleblower lawsuits.

“The insurance industry is paying very close attention to the Dodd-Frank Act,” said Grange. “As the regulatory pendulum moves away from insurers, we must now take the time to understand that insureds are operating in an environment of heightened legal liability. The impacts of Dodd-Frank will be far reaching and will likely lead to increased compliance costs, new avenues of liability and potential litigation for both public and private companies.”

Grange says the inclusion of whistleblower provisions in the Act will likely lead many corporations to seek insurance products that address the risks associated with these investigations.

An additional one in four (25 percent) respondents believe the overall globalization of privacy legislation will have the most impact on the management and professional liability market.

According to the insurance professionals surveyed, they and their small business clients are focusing on new and developing risks. Nearly two out of three (61 percent) of survey respondents noted privacy and network security as topping the list of risks that the insurance industry needs to be concerned with, compared to five years ago. Respondents also feel that small businesses need to be made more aware of increased regulation (14 percent), increased contract requirements needed to purchase E&O coverage (12 percent) and new employment laws (12 percent).

“The risks faced by small businesses today are far different than they were even just a few years ago,” said Grange. “Insurers must make a concerted effort to better understand how technology has heightened small businesses risk exposure. As new exposures emerge, underwriters must adapt and work with small business customers to develop products that mitigate and transfer the risks that they face.”

While social media tools like Facebook, Twitter and LinkedIn have taken center stage as cost effective means for small businesses to distribute information and build brand recognition, the risks to the companies that use these tools has risen as a result. Many small businesses may be unaware of the potential liabilities that arise from the dissemination and proliferation of content and the delivery of professional services via these new mediums.

Thirty-five percent of survey respondents believe that the biggest risk small businesses must address when using social media is the lack of explicit risk management policies and procedures. This was followed closely by the risk of data leakage and theft (29 percent) as well as a lack of control of potentially damming content being disseminated by employees (24 percent). Twelve percent believe increased personal injury exposure (e.g. defamation, libel, slander) poses the greatest risk.

Over the last five years the market has seen a growth in technological advancement among management and professional liability products, portals and services. Yet respondents indicate that there remains a need for additional offerings. According to the survey, 38 percent of respondents seek greater risk management and analytics tools. One in five (20 percent) are looking for improved customer relationship/policy management systems, while 18 percent would like to see more efficient quote-to-bind portals. Fourteen percent want more readily available iPad/iPhone apps and tools while eight percent said they would like to see better automated claims reporting systems.

“There is plenty of room within the insurance industry to better and more accurately deliver consistent services and products in real-time,” said Grange. “Our industry as a whole lags behind others in utilizing technology to enhance customer experience so there is a huge opportunity for those that can leverage it and respond to the need for improved service delivery.”

The survey polled attendees at the 2011 Professional Liability Underwriting Society (PLUS) International Conference in San Diego, Calif., which was held Nov. 2-4. It includes responses from brokers, agents, insurers and risk managers.