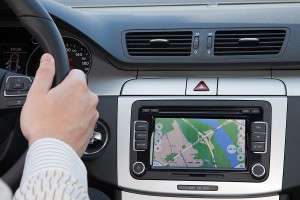 What would happen to the auto insurance industry if automobile safety improves to the point that vehicle collisions become relics of the past?

That’s the question explored by global consulting and research firm, Celent, in a new report that envisions a future of increasing emphasis on safety in the automobile industry and among government entities that leads to a massive drop off in auto insurance premium for U.S. property/casualty insurance companies.

In its own introductory words, “A Scenario: The End of Auto Insurance — What Happens When There Are (Almost) No Accidents,” by Celent Senior Analyst Robert Light, “describes a provocative, but plausible, scenario for the not distant future of the US property/casualty market, and explores that scenario’s implications.

Private passenger and commercial auto premiums accounted for 39 percent of the total premium for U.S. property/casualty insurers in 2011, according to the report.

In the scenario proposed by Celent — and the authors make it clear that it is only a scenario that could or could not happen — the auto insurance portion of total P/C premium over the next decade would drop from 39 percent to just 13 percent.

The report examines four technological trends that are expected to have a significant impact on both the auto industry and the auto insurance industry during the next 10 years: telematics; collision avoidance; automated traffic law enforcement; and, to a lesser extent, robot cars.

Three of those technologies — telematics, collision avoidance and automated traffic law enforcement — are available, though not necessarily widely used, today.

The report describes telematics as the “creation and use of data regarding driving behavior that is stored in an onboard device and made available to insurance companies and other entities.”

Collision avoidance technologies include “a broad set of capabilities built into vehicles that warn the driver of dangerous situations and in some cases take active control of the vehicle to avoid a collision.”

Among the law enforcement technologies currently in use to varying degrees are red-light cameras and speeding violation cameras that take photographs of driver infractions and are able to produce and send a violation ticket to the vehicle’s registered owner.

While robot cars are in the prototype stage — Google’s driverless car may be the most well-known example — they are a vehicles “equipped with [their] own sensing devices, processors, data sets (e.g., Google Street View), and control systems.” The technologies allow the robot car to operate autonomously “in actual street and traffic conditions,” the report says.

In the Celent scenario, if all of these technologies are utilized to their fullest extent:

A scenario of reduced auto collisions resulting in a decrease in auto premiums over the next decade, while not assured, is plausible because the impacting technologies already exist.

Whether or not such a scenario plays out depends on political and economic decisions, according to the report.

Technologies such as telematics, collision avoidance and, to some extent, robot cars are market-driven. If auto manufacturers believe consumers are willing to pay for such upgrades then the technologies will likely be improved upon and deployed.

In the political realm, federal and local governments will have to decide whether to mandate and deploy law enforcement “technologies given their very significant impact on how citizens and voters use motor vehicles,” the report concludes.