When it comes to contests, promotions and prizes, the Super Bowl hasn’t always been kind to Dallas-based SCA Promotions. Over the past decade, the prize/promotion insurer has paid out more years than not on contests related to football’s greatest game.

For instance, last year SCA paid out hundreds of thousands of dollars in sales rebates when the Baltimore Ravens’ Jacoby Jones opened the second half with a 108-yard kickoff return. 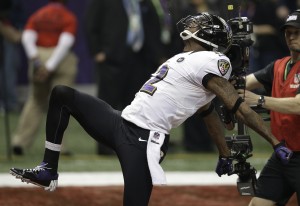 The company paid out on sales rebates in back-to-back years — 1998 and 1999 — when Denver won the Super Bowl. And in 2009, SCA paid on a $1 million Super Bowl ad contest sponsored by Doritos.

But despite his company’s record of payouts in the big game, Hamman will still be watching this Sunday for more reasons than to see if his company will once again be out a sum of money on the kick-off return.

“I love football and I’m a fan of both teams. This is one of the more interesting games because it pits the best offensive team against the best defensive team,” Hamman said. He declined, however, to say which team he’ll be rooting for.

The kick-off return contest with two chances to win — one at the beginning of the game and one at half-time — is a popular promotional tool. But SCA also awards prizes for safeties, interceptions returned for touchdowns, fumble return touchdowns, other kick return touchdowns, 50-plus yard field goals, blocked punt touchdowns and occasionally a few other rare plays, Hamman said.

The contests are popular with casinos, sports bars, radio stations and other establishments that want to offer small prizes. The group has even covered a contest that would have awarded free pizzas for America in the event the game went into overtime, he said.

Hamman estimated that SCA has more than $600,000 at stake in this year’s Super Bowl.

The Super Bowl is not the only game in town for SCA, however.

In 2003, the company worked on a billion-dollar promotion sponsored by Pepsi. In that contest, four million people submitted 20 million entries online — codes taken from specified packages of Pepsi soft drinks.

SCA worked out the odds assessment and security for the game but actually placed the risk with Berkshire Hathaway, which itself is backing a $1 billion contest sponsored by Quicken Loans Inc. related to predicting the winner of each game in the National Collegiate Athletic Association’s men’s basketball tournament.

Hamman said it’s hard to place a risk of that amount even though the odds of winning the $1 billion were low. While no one won a billion dollars in the Pepsi contest, one contestant came away with a $1 million prize.

“You would have problems placing such a risk at Lloyd’s,” he said.

Hamman said SCA is best at contests where the odds of winning are long and prizes are high. The company also has covered its share of colorful and unusual contests.

“One of the more unusual ones involved a reward/bounty of $1 million for finding Bigfoot,” Hamman said.

Last year, SCA paid $150,000 when a fan at a Miami Heat game made a half-court shot — $75,000 went to the fan and $75,000 went to charity. Fortunately or unfortunately the fan ended up getting tackled by Lebron James in the celebration, Hamman said.

And some contests just don’t work out financially. Hamman said his company quoted a $1.7 million coin toss contest for last year’s Super Bowl. The problem with a contest like that is that there’s a 50/50 chance of winning so the premium has to be quite high, he said. In that case, the sponsor backed out.

No matter what the contest, however, Hamman said figuring out the odds is always a challenging and interesting endeavor in itself.