A report on the insurance industry released Wednesday shows “a profound lack of preparedness in addressing climate-related risks and opportunities.”

Insurance industry representatives immediately criticized the report as a negative take on the industry’s ability to adapt and not reflective of the commitment many insurers have made to address climate-related risks.

The report from Ceres is based on a survey of 330 insurer disclosures last year in response to a climate risk survey developed by the National Association of Insurance Commissioners. The disclosures constitute roughly 87 percent of the U.S. market in direct premiums written, according to the firm.

The companies were ranked on a four-tier scoring system by grades: “Leading;” “Developing;” “Beginning;” and “Minimal.” 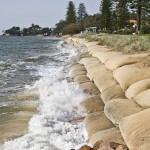 The Ceres report shows 3 percent of companies received the “Leading” ranking. Those were ACE, Munich Re, Swiss Re, Allianz, Prudential, XL Group, The Hartford, Sompo Japan and Zurich. The Hartford and Prudential are the only U.S.-based insurers among the firms with that rank, the report shows.

The vast majority of the insurers earned “Beginning” or “Minimal” rankings. The health and life & annuity insurers surveyed received the lowest “Minimal” ranking, 89 percent and 80 percent respectively, according to the report.

“I would fundamentally disagree with the premise that the vast majority of insurers are unprepared for the challenges posed by climate change,” Hartwig said.”The property/casualty industry and the reinsurance industry are and have been at the vanguard of managing climate-related risks for decades and in some cases centuries.”

To support that Hartwig noted there are nearly 300 P/C insurers in the U.S. alone that are a century old or older. To ensure their long survival insurers have built increasingly sophisticated catastrophe models, improved enterprise risk management models and they have kept a close watch on economic risks as well, he said.

Looking at insurer insolvencies since 1969, only 7 percent of those carriers can have their demise attributed to catastrophe-related losses, according to I.I.I.

By comparison 44 percent of insurer insolvencies are associated with insufficient loss reserves or inadequate pricing, and most of those insurers were in the worker’s compensation and medical malpractice lines, Hartwig said, adding, “they have nothing to do with climate change.”

David Kodama, senior director for research and policy analysis for the Property Casualty Insurers Association of America, disagreed with the views the report offers on insurer efforts on climate change and considers the report to be a negative view on the industry.

“I think it’s unfortunate that it takes such a 90-percent-of-the-glass-empty approach,” Kodama said. “I do believe there is significant common ground that we can advocate on to raise our climate change consciousness level across the nation.”

Kodama noted that the insurance industry has consistently contributed to efforts for stronger building codes, smarter land use, risk mitigation and other response measures.

“We don’t try to avoid this conversation at all,” Kodama said. “The report makes it seem like don’t want to engage, but we do.”

Just how few insurers are shown in the report to be prepared for the impacts of climate change took even those preparing the report by surprise considering all the attention climate change is getting, and since it’s been 10 years since NAIC first started raising the issue of dealing with climate change with insurance commissioners around the country.

Cynthia McHale, director of Ceres insurance program, said she was disappointed in the apparent lack of progress the industry has made.

“I was hopeful that more movement had taken place in the industry,” McHale said.

Findings in the report include:

The report calls out P/C insurers as having the most at risk due to climate change, noting they are “on the veritable front line of climate change risks, and there is compelling evidence that those risks are growing.”

To back up the claim the report’s authors point to the unprecedented 14-foot storm surge from Superstorm Sandy, which resulted in more than $29 billion in insured losses, and a July analysis by CoreLogic that identifies more than 6.5 million U.S. homes at risk from storm surge damage.

“Against this backdrop, the P&C segment’s reaction has frequently been to limit coverages or entirely withdraw from certain catastrophe-prone markets, especially coastal regions such as Long Island, Virginia, Delaware and Florida,” the report states. “In the long run, these coverage retreats transfer growing risks to public institutions and local populations, and reduce the resiliency of communities, which are less able to finance post-disaster recoveries.”

The report states that climate change will increase the need for insurers and regulators to promote risk-based pricing based on escalating risks, and by doing so they can ensure long-term market participation from the private insurance sector.

Risks to crops, supply chains and business interruption exposures are also noted in the report.

The report lays out recommendations for insurers to follow, including developing climate risk oversight at the corporate board and top senior executive levels, integrating climate change as a key ongoing risk into enterprise risk management frameworks and issuing public climate policies.

A forward to the report is written by Washington Insurance Commissioner Mike Kreidler, who chairs NAIC’s Climate Change and Global Warming Working Group. In it he urges the industry and its investors to take climate change more seriously.

“As key regulators of this sector, we strongly encourage insurance industry leaders and investors who own these companies to take this challenge far more seriously,” Kreidler wrote. “There is no doubt that an early effort to adjust policies, premiums and insurance investments will result in less dramatic impacts later on, thus avoiding and reducing losses that we can already anticipate.”