Reaction to industry-wide price optimization allegations from a consumer group known to call out insurers has been somewhat critical yet guarded – however it appears regulators may already be starting to look into the practice.

Consumer Federation of America this week said it has “clear evidence” that insurance giant Allstate is basing auto insurance premiums on a factor called “marketplace considerations,” which CFA argues have nothing to do with a driver’s risk.

Those considerations are being alleged by CFA to be “price optimization,” an underwriting practice of using information unrelated to risk to set rates for a particular insured – information like supply and demand, or competition.

CFA said it’s not just an Allstate practice, and that price optimization has been developed by insurance companies to increase profits by raising premiums on individuals who are unlikely to shop around to find a better price. 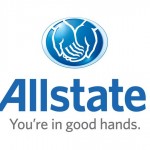 A National Association of Insurance Commissioners task force is looking at the practice. NAIC’s Casualty Actuarial and Statistical Task Force plans to document price optimization issues and considerations in a white paper to be issued in 2015.

Since the task force is still investigating the issue and has reached no conclusion, NAIC spokespersons could offer no further comment.

Justin Herndon, a spokesman for Northbrook, Ill.-based Allstate, discredited the CFA findings via an email response to a request for comment for this article .

“The Consumer Federation of America’s allegations are inaccurate,” the Allstate response states.

Speaking for the industry, the Insurance Information Institute dismissed the notion that insurers are looking for rating factors beyond risk.

“The short answer for us is that all the rating factors are based on risk,” said Michael Barry, I.I.I.’s vice president of media relations. “Insurance is a heavily regulated industry and anyone who tries to incorporate a rating factor that’s not approved into their application is going to be told to remove it.”

CFA is pointing to a filing submitted by Allstate Property & Casualty Wisconsin to the Wisconsin Department of Insurance as its primary evidence of price optimization.

The filling contains tables listing “micro-segments,” in which each of Allstate’s Wisconsin customers is placed. The carrier then assigns each micro-segment to “complementary groups,” which determine policyholder premiums.

These formulas can range from giving a customer a 90 percent discount off the standard rate to increasing a premium by 800 percent, depending upon Allstate’s analysis of the individual policyholder’s “marketplace considerations,” CFA notes.

Allstate’s micro-segments use driver birthdates to individualize this marketplace consideration surcharge, leading to broadly varying pricing scenarios, according to CFA allegations, which use as an example a male driver with a perfect driving record, who had been with his previous auto insurance company for more than five years, lives in Mequon, Wis. and was born on Jan. 12, 1968. That driver pays 29.5 percent more than the same driver would if he were instead born three months later on April 9, 1968, according to CFA.

“We’ve studied this and there are hundreds of cases where two people who are essentially the same pay totally different prices based on marketplace considerations,” Hunter said. “That’s not risk. It’s clearly unfair discrimination. How is that risk-based? That has to be the market considerations, the price optimization and the other things that they’re using. That has nothing to do with risk.”

Allstate’s statement also took issue with CFA’s example using two male drivers to make its point, which the group made in a news release issued on Tuesday.

“The primary allegation in the news release regarding date of birth is grossly mischaracterized and does not take into account all of the risk characteristics for these two individuals,” the Allstate response states. “Our rating plans, including Complementary Group Rating Plan, have been and continue to be risk-based. Marketplace considerations, consistent with industry practices, have been appropriate in developing insurance prices, and we are open and transparent with regulators. The Complementary Group Rating Plan meets customer needs in the market place, and our success in increasing new customers and renewing more existing customers in the competitive insurance environment is evidence of this.”

CFA is further alleging that to get around risk-based pricing restrictions in place in most states, the insurance industry has been surreptitiously using an economic concept “elasticity of demand” – an economic measure to show response to demand for goods or service in relationship to price changes – to optimize prices to maximize profit without clearly disclosing the process to state regulators.

CFA called on all state insurance commissioners to make a similar order, to review Allstate filings that include the creation of “complementary groups” and to hold public hearings that require insurers to testify whether they use price optimization in pricing.

The Property Casualty Insurers Association of America, a trade group that represents more than 1,000 insurers, urged caution and study before commissioners begin banning any insurance underwriting practices without first studying them.

“The fundamental issue we believe is that the facts should be gathered … and the regulators should adopt a balanced and deliberative approach,” said Dave Snyder, PCI’s vice president. “We do think the better approach here is to be deliberative and balanced and not rush to judgment.”