The high costs related to business interruption should provide an impetus for companies to prep for them in advance, according to industry experts.

During a recent webinar hosted by global broker Marsh, insurance experts detailed the top five issues related to business interruption and detailed why risk managers should anticipate all possible worst case scenarios in anticipation of loss.

The causes of business interruption can range from cyberattacks to terrorism. Insurers face the most exposure in the area of property damage.

According to Woolley, there are policy limitations. That’s because the coverage was developed in the 1930s and was never designed to meet the needs of businesses today.

She identified the top five business interruption issues as: 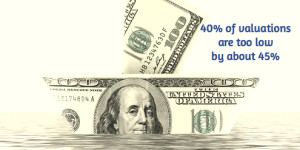 Duncan Ellis, Marsh’s U.S. Property Practice leader, defined business interruption coverage as property damage and time element insurance or any type of insurance that covers the ongoing expenses created by damage that stems from an insured loss. He noted that the payment will vary based on the length of time the expenses continue to accrue.

He recommended risk managers prepare for business interruption by:

The experts agreed that business interruption coverage is often misunderstood – starting at valuation.

According to Woolley, the indemnity period varies in gross profits policies used globally versus gross earnings policies typically used in the U.S. where the indemnity period needs to be set up front. She said that while it is common to opt for a standard 12 months in gross profits, that is rarely enough. Many policies pay until the property is reinstated. Policies should be evaluated to determine if there is a time element period and whether it includes reinstatement and recovery of profit and incurred increased costs.

“In both policies…it’s essential to establish your worst loss scenario, estimate the potential period of interruption…and the consequence to of failing to correctly establish the period of indemnity is that your loss continues but your claim is cut short,” said Woolley.

Underinsurance, general uncertainty of coverage, claims disputes or no insurance are the main issues relating to wide area damage.

According to statistics from Munich Re, only 16 percent of total losses from natural catastrophe events are actually insured. In the U.S., the figure is 64 percent while it is as low as one percent in some areas of Asia.

Insurers are getting more restrictive in wide area damage coverage, according to Magula, noting an increase in exclusions on territories and for certain catastrophe events, as well as increased scrutiny on business interruption claims.

That’s because companies may have first, second, third and even fourth tier suppliers. Sub tier events are completely out of the insured company’s control which makes it difficult to trace and control the disruption. The time element part of the policy was never designed to meet exposures that occur at third party premises. The suppliers’ extension clause is typically first tier or direct suppliers only, for physical damage events and insured perils only, subject to restricted perils, and is severely sublimited.

According to Linda Conrad, director of Strategic Business Risk for Zurich, physical damage is not even in the top three causes of supply chain disruptions. In fact, cyber issues contributed to over 50 percent of 2013 supply disruptions.

Conrad said risk managers, CFOs and company boards of directors are taking note since supply chain disruption can lead to significant damage in shareholder value. The effect can last two years and she said it can reduce company sales by as much as 10 percent. In addition, a company will likely incur higher costs. Adding insult to injury, extended disruptions can lead to a company closing its doors, said Conrad.

Conrad noted that all risk non damage coverage is now being offered, which does not require physical damage triggers. This type of coverage could provide coverage for damages related to the recent West Coast port slowdown.

Most traditional policies exclude damage to data if there is no other physical damage.

“Coverage for data is typically only provided if the media upon which the data resides is physically damaged in the hack,” said Ellis.

Woolley said there are several third party and first party coverages available for cyber exposures. These include: