The ranking is based on 2014 assumed reinsurance premiums for both non-life and life businesses. 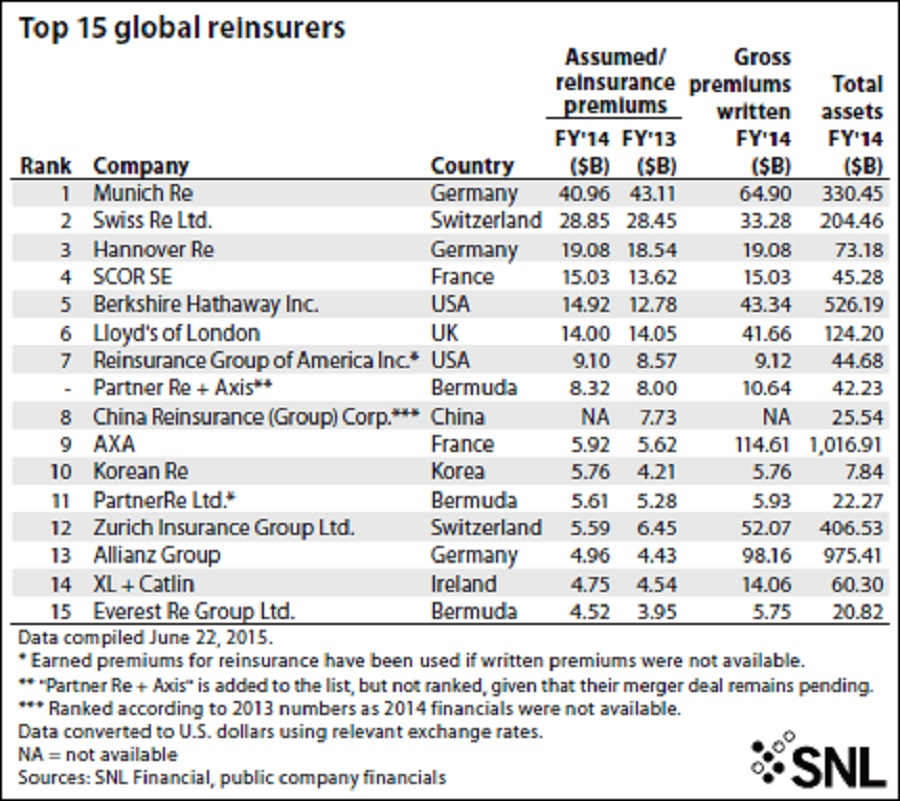 SNL’s analysis indicates that XL Group moved into the top 15 when it merged with Catlin in May. PartnerRe, which holds an 11th place ranking based on 2014 premiums could move into the top 10—into eighth place—if a proposed deal with AXIS Capital Holdings is completed, SNL notes.

But neither deal reaches high enough to move the big four European players—Munich Re, Swiss Re, Hannover Re, and SCOR SE—out of their leadership positions.

A comparison of the SNL ranking with one published by A.M. Best in September last year (based on 2013 life and non-life premiums, republished below) reveals that Lloyd’s has moved down in the ranking—from fourth place to sixth—eclipsed by both SCOR and Berkshire Hathaway. 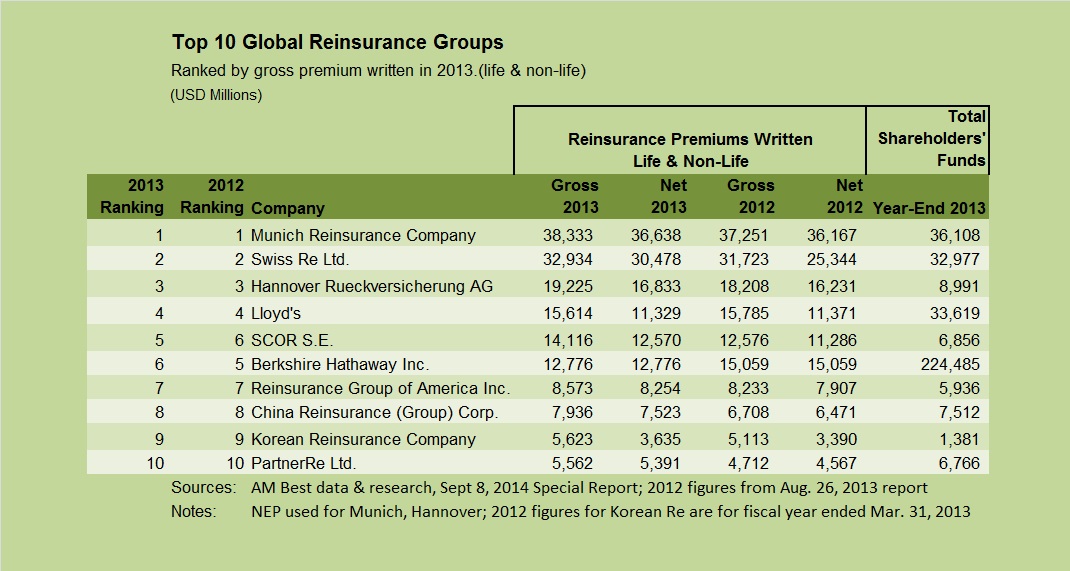