Commercial insurers eased up slightly on rate cutting in March, according to the MarketScout barometer for the month.

“One month certainly is not a trend but insurers did moderate their aggressive pricing in March,” said Richard Kerr, CEO of MarketScout.

By industry classification, manufacturing, contracting, and service all moderated by 1 percent as compared to the prior month. Habitational rates were minus 4 percent in March as compared to minus 6 percent in February.

Last month, when reporting that rates fell 4 percent in January, Kerr said he anticipated that aggressive rate-cutting would continue. “Commercial property insurers are getting ready to scratch each other’s eyes out as they fight for market share,” Kerr said. “We see nothing to prevent commercial property rates from dropping further.”

In February, there was no real change, which Kerr said was not surprising since “February has always been a slow insurance month.”

For its market barometers, MarketScout uses information from its own Exchange database of actual renewal rates quoted on risks from across the country along with in-person surveys conducted by the National Alliance for Insurance Education and Research with as many as 2,000 agents and brokers a month.

Below are summaries from MarketScout for its March index: 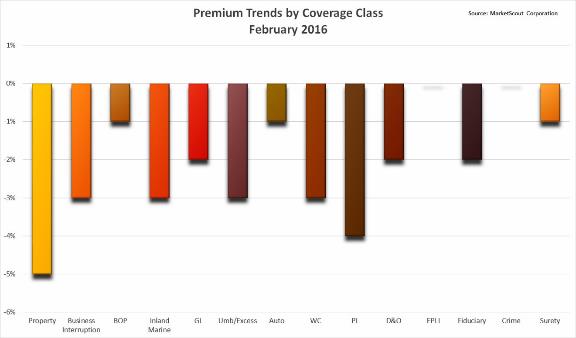 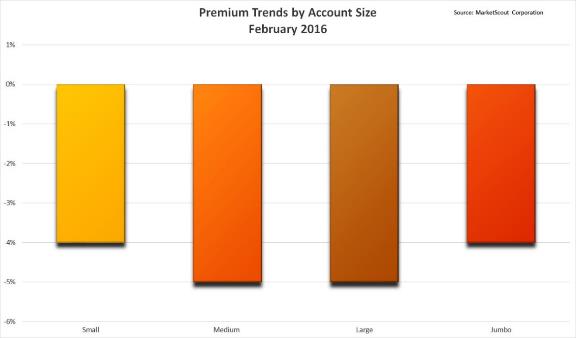 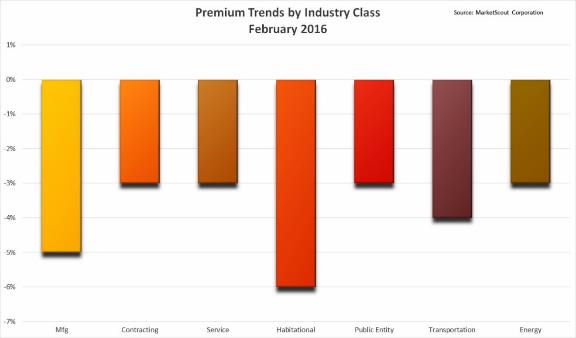