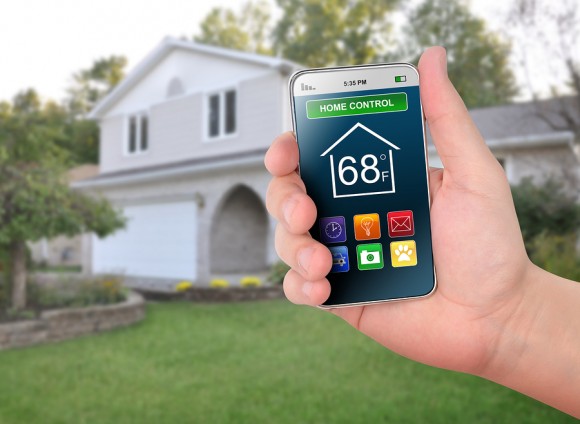 The reshaping of the homeowners market is ongoing and not all the new shapes are firmly cast. Even as they continue to review how standard policies deal with risks like trampolines, pools and dog bites, insurers are regularly adding coverages for things like identity theft, appliances and water backup. At the same time, they are anticipating how to handle newer risks such as personal drones and on-demand home rentals.

The rethinking of coverages is occurring at a time when the market is performing fairly well and the future looks good. A recent report by Aon Benfield Analytics reveals that insurers’ expected after-tax return-on-equity for U.S. homeowners insurance is 8.6 percent on a countrywide average, and 12.6 percent excluding Florida. The overall outlook is positive thanks to rate increases, a decline in catastrophe losses and lower reinsurance costs.

Changing All the Time

Robb Lanham, chief sales officer, Personal Insurance at HUB International, says despite what some might think, coverage for homeowners changes all the time and much of that change is due to predictive analytics. Since the onset of predictive analytics insurance companies have become wiser about understanding who’s a good customer, Lanham said.

“Insurance companies are in business to make money and they make money by writing a lot of customers who don’t have a lot of claims. So they track all the claims, then say, ‘Wow, I never realized we paid this many dog bite claims,'” he said. “Now that becomes a question on the policy application. Do you own a dog and what breed?”

Trampolines are another example of how coverage has changed.

“They can be really dangerous. All of sudden someone falls and gets hurt. There are provisions in a homeowners policy that would pay their medical bills but a lot of times it ends up in lawsuit. We’ve seen it with pools. They were fine but then they said pools are OK but we don’t like diving boards; or you have to put up a fence. … It’s pools, it’s trampolines, it’s dogs, it’s all those things that can be considered an attractive nuisance,” Lanham said.

Carriers tend to underwrite around these hazards. Trampolines, un-fenced pools, diving boards, pool slides, all-terrain vehicles, and aggressive dog breeds are commonly ineligible for coverage, says Richard “Gordy” Bunch, founder, president & CEO of The Woodlands Financial Group (TWFG), which operates a Texas domiciled homeowners insurer. “Our company excludes liability for some of these risks but offers a liability buy back to regain coverages at an adequate rate.”

Vacation rental by owner (VRBO) properties is one area where the industry is struggling to find a solution, according to Brian Sullivan, editor for Risk Information Inc. The VRBO is clearly a commercial exercise, he says. “If you go and you look at vacation rental by owner, VRBO, it’s very explicit. Once you hand someone the keys, the coverage is through VRBO,” Sullivan says.

Airbnb and other home sharing services are not quite the same risk as a VRBO. “If you rent a room out to somebody for the weekend, is that a commercial activity? If you rent your house out for a weekend, is that a commercial activity?” Sullivan asked. “You’re seeing companies work really hard as we speak on trying to figure out the best language for that.”

If there is one area of policy form management headed for change, it’s in the vacation rental and Airbnb space, Sullivan said.

At the center of reshaping puzzle pieces to reflect new risks is ISO, the Verisk Analytics business that collects property/casualty insurance data and creates the language for many homeowners policy forms.

Jeff De Turris, vice president of Coverage Products and Operations at ISO, says ISO analysts spend a lot of time thinking about new trends and the insurance implications of those trends on insurance coverage.

“When there’s some issue like, say, claims from trampolines, as an example, part of the analysis that goes on between the coverage team and the actuarial team is to try to evaluate how extreme the situation is,” said Rob Curry, vice president of Market Development at ISO. “Is this something we feel should be excluded from the base policy? Or is this something that just needs to be accounted for in the rating?”

“Our preference would be to the extent possible to keep the coverage in the policy and charge a risk based price for people who have that particular situation,” he said.

Drones is up next on ISO’s docket.

“What may evolve with drones is that they could potentially stay in the base policy or be handled through coverage options for people who have drones because they may have a little bit higher risk? That’s the kind of thought process we’ll be going through on drones.”

De Turris says ISO expects drones to be addressed in the homeowners policy this year.

While the number is certainly growing, not all that many homeowners currently have drones. But they do have other risks that fall outside the traditional policy.

According to Peg Dynakowski, vice president of Trident Insurance Agency Co. LP, who handles insurance company relationships for her agency, carriers have been playing up ID theft coverage for years as a way to add value for insureds. Now insurers are also offering coverages for water and surge back-up as well as mechanical breakdowns.

“Water back-up and surge back-up is not something that is normally part of a homeowners policy; it’s an endorsement,” she said. Same is true for mechanical breakdown and even ID theft. “You can add the coverage by endorsement and these are very, very, very important (options).”

Dynakowski says mechanical breakdown, also known as home warranty coverage, is the latest coverage option to “really hit” in the past five years. “Home warranty is basically covering appliances for wear and tear,” she said. “It will usually have a deductible and cap.” The coverage, which can be endorsed onto most homeowners policies, offers coverage limits for HVAC systems, refrigerators, washers and dryers. While limits will not often replace the failed mechanism, the coverage will provide repair costs or partial replacement. “You might be limited to $1,500 for A/C or $1,000 for refrigerator, so it’s not necessarily going to buy you a brand new one but it will give you something,” Dynakowski said.

“Adding the equipment breakdown fills that gap but the other thing we gain is subrogation attention because now we have an expert that covers manufacturer issues such as product recalls or breakdowns,” which could potentially lead to some cost containment, Bunch said.

The homeowners market is also having to come to terms with the Internet of Things technology wave that is expected to play an increasing role in homes.

While consumers have been slow to purchase smart home technologies aimed at keeping their homes safer, insurers have been testing these gadgets, including connected water sensors, smoke detectors, door bells and other smart technologies.

American Modern Insurance has built an entire smart home in its claims warehouse to test these devices, while several other carriers are using test smart homes to gauge the effects on various losses.

“One technology that has been proven to reduce loss costs is the water value shut off system, which shuts off the main water supply,” Bunch said. “The water sensors that turn off the water main when triggered show potential to mitigate water loss claims and a few carriers are offering discounts with those devices installed.”

“There isn’t a smart home set up right now that is really worthy of the name, unless you want to spend thousands and thousands of dollars,” Sullivan said. “We’re waiting for Apple’s Home Kit and Google’s Brillo software – those are going to be software standards that the manufacturers of sensors and things like that will connect to so that your phone can run your house.”

Sullivan said until there are standards, the idea of a truly connected home will remain just a dream.

But some home insurers seem to be experimenting anyway, he said. “Every major insurer has somebody who’s got a bunch of this stuff in their house and they’re messing with it. Everyone is trying to figure it out.”

Sullivan says the big question to be addressed is whether insureds will be comfortable exposing their home data to their insurers.

“A classic example: Everyone gets a home alarm discount. You put in your home alarm, you get a discount. Regardless of whether you turn it on or not. Now, we’re going to have technology where the insurer will know if the house is empty but the alarm is not on. Should you give that customer a discount if they don’t arm the alarm? The answer is probably no,” he said.

Sullivan believes the obstacles will be overcome.

“I have to believe that the public will eventually – not happily, but eventually – be willing to trade whether or not the garage door was left open all day with their insurance company. Insurers will start to rate your behaviors at home the same way they’ll rate your behaviors in your car. But that’s not tomorrow.” It’s easily a year or two away, Sullivan said. “But once it comes, it will be profound.”