When it was announced in June that San Diego, Calif.-based Arrowhead General Insurance Agency Inc. was selected as the program administrator for QBE North America‘s small commercial insurance portfolio, it immediately raised one big question.

Why was a carrier with a strong history of writing small commercial business for many years in the U.S. using a program administrator?

That question was put to Jamie Luce, senior vice president of commercial insurance at QBE. He was quick with an answer.

“To help it drive a more efficient engagement on small commercial for agents and brokers,” Luce said.

In short, QBE will be relying upon Arrowhead for the technology to manage its small commercial business in an arrangement the principals see as an alternative to carriers having to invest more in their legacy technologies or rely on insurtech developments.

Luce called it “a unique solution” because it’s taking a large amount of small commercial business and using the Arrowhead platform to create “more efficient engagement for our overall book.” 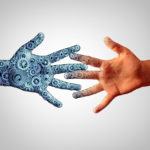 Luce and Steve Boyd, president of Arrowhead, talked with Insurance Journal about the deal and what it will mean to their clients and the agents they deal with.

Effective July 1, agents were given access to a broader array of products and services through an operating platform for the small commercial market, according to those involved in the deal.

As the insurance provider, QBE will retain full financial responsibility for premiums and losses and manage the products and appetite for risk, and as the program administrator Arrowhead will perform all underwriting and servicing responsibilities on behalf of QBE, with the exception of claims management, which will remain with QBE.

QBE small commercial products will be transitioned to the Arrowhead policy platform on a state-by-state basis within the next year. The plan is to start the rollout to all states by the end of this year.

According to Luce, the move was the most efficient way to modernize QBE’s small commercial business operations.

“I’ll just say, the QBE, like a lot of insurers writing small commercial for us for a long time, has a pretty significant challenge with legacy systems and processes, which are not state of the art and cost a lot of money to fix,” Luce said. “Where the choice of making a substantial capital investment in fixing systems and processes to drive an efficient transaction on small commercial, is pretty daunting.”

Through the partnership, Luce said, QBE gets “the immediacy of the value of that system and technology platform” that has already been cultivated, and it enables the carrier to upgrade the process for agents, who get to use the Arrowhead exchange platform and can go online and quote and bind and issue more effectively than they can do with QBE today.

The business will continue to be considered QBE’s premium and losses, Luce explained.

“We will continue to maintain all the claims, infrastructure to managing the claims,” he said. “Then within the QBE enterprise, it will be under my organization and commercial insurance.”

Boyd views the new partnership as being similar to a traditional program deal.

“We’ll be performing all the typical functions you expect to see in (a managing general underwriter-managing general agent) type of situation, from managed distribution, the underwriting policies, all of that,” Boyd said. “The claims are staying with QBE. All other services are done by our team and we get paid a commission off of that, as we would any other program.”

Bottom line is that QBE is giving up on maintaining its own tech systems for small commercial.

“I would say that we are definitely going to be,” Luce said when asked if that’s the case. “Where our systems investments will be is in the larger commercial and specialty product focuses. As it relates to small commercial, a big part of this value of this transaction is being able to move ourselves away from legacy systems that are supporting our small commercial business today.”

Luce also sees the Arrowhead-QBE deal as an answer of sorts to the insurtech invasion.

“I’ll just say that I think that carriers who are struggling with how to deal with the challenges of legacy processes and systems, and are looking at insurtech enterprises as an avenue for remediating or mitigating those challenges, this is an alternative to that,” Luce said. “I think it is definitely one solution that I believe is a little more unique and I think strategically very sound.”

He added: “I think insurtech solutions have their own value. But from a carrier who’s managing independent agents and trying to engage and grow their small commercial business with independent agents, a solution like that, which we created with Arrowhead, is a really great answer.”

Matt Miller, founder and CEO of San Francisco-based insurtech Embroker, believes the Arrowhead-QBE deal is a sign of things to come in this space.

“From my perspective, I think it will likely be the first of many moves in terms of small business consolidation and attempting to shift to somewhat more efficient operations,” said Miller, whose firm serves the small to middle market segment with all lines of commercial insurance.

By shifting small commercial insurance customers away from legacy systems, it can actually help serve them better, he said.

Bringing more new technology into the process will increase the “touchpoints” between brokers and their customers, giving small commercial accounts greater access to having their coverage reviewed and changed, and more help with filing and managing claims.

“All of the various touchpoints that buyers have with their insurers and brokers are oppurtunities to augment that experience with technology,” Miller said. “It’s not replacing people, but for buyers whose premiums aren’t enough to support that level of service, oftentimes those things don’t get done.”

According to the study, service interactions, a significant driver of overall customer satisfaction, saw the sharpest declines this year, driven by customer dissatisfaction with agent/broker interactions.

At least satisfaction among agents is one area that, according to Boyd, won’t be a problem with the Arrowhead-QBE deal. He said independent agents won’t see the compensation structure change.

“The independent agents will see that they will be looking to supplement their offering with other products that Arrowhead has today, that don’t fit the appetite guide there, so they have some specialized products that will be sprinkled in,” Boyd said.

Boyd said the independent agents that are with QBE today will be getting appointed with Arrowhead.

“As we begin to expand into other states, existing Arrowhead independent agents that fit the profile here, they’ll get access to it as well,” Boyd said. “Our preferred channel for business and the way that the majority of the business comes in Arrowhead is through our point of sale platform Arrowhead Exchange. That’s both rate quote, bind, issue, as well as post‑sale servicing.”

Boyd sees this type of transaction a model for other carriers.

“From our perspective, there’s clearly an opportunity for insurance carriers, not just North America but globally, to look at, are they getting the right efficiency out of it?” Boyd said. “Insurtech is obviously getting all the hype around that, but there’s lots of ways to address expense issues and investment issues within large organizations.”