Digital insurer Lemonade says companies that integrate its insurance sales platform, or API, into their own apps and web sites “generally speaking do not have to be licensed as insurance agents or brokers.”

At the same time, the insurer said it recognizes that rules may vary by state and it knows it may have to vary its program in some cases as it expands around the country.

“We have a carefully developed a thorough program of compliance that is designed to ensure that we do not pay commissions to unlicensed persons and to forbid those who integrate with our APIs from selling, soliciting or negotiating insurance,” the company said in response to questioning by Insurance Journal. “A few key state regulators have raised these issues with us but after we reveal the factual details of our program, they have been satisfied,”

The question of whether firms that use the insurer’s API need to be licensed arose after Lemonade reported it had launched a public API (application programming interface), allowing other businesses and organizations to offer its renters and home insurance policies through their apps or web sites.

A few weeks later, Lemonade reported that more than 400 businesses had applied within the first 24 hours of it offering to make its sales platform widely available. More than 40 percent were firms related to real estate and another 28 percent were in financial services.

The company told Insurance Journal that it is rolling out the API program slowly, using an automated system to distinguish among applicants. It is using various criteria to determine which businesses to work with including the target markets of the businesses applying, whether they are in the seven states where Lemonade currently sells insurance and whether offering renters and home insurance is compatible with their focus. 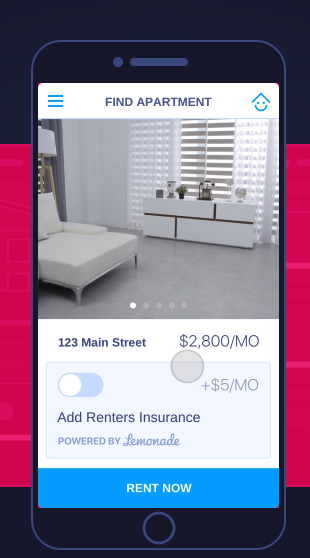 Insurance Journal editors received several inquiries and several readers posted online comments on the issue of licensing. A number of responders maintained that if the API adopters are selling or being paid, they must be licensed. Lemonade says it is taking measures to assure the adopters are not selling insurance and that they are not receiving commissions if they are unlicensed.

Insurance departments in New York, Texas and California told Insurance Journal they are aware of Lemonade’s plan and are looking into the details.

State agent association leaders are in a similar position of awaiting more details. One executive said he thought that if there is no payment for the referrals or clicks, no license is needed. Another likened it to simply advertising on the site. One said it would even be alright for Lemonade to pay a referral fee for every lead but that it can’t offer a fee only for referrals that result in a purchase.

Lemonade said the documentation on its developer web site provides rules and guidance in keeping with its approach of not paying commissions.

New York-based Lemonade is a licensed carrier that is currently offering renters, condo and homeowners insurance in New York, California, New Jersey, and Nevada; renters and condo insurance in Texas and Rhode Island; and renters insurance in Illinois and Ohio.

Under the API program, real estate brokers and landlords can deploy the Lemonade API to offer renters insurance to their customers after they select the apartment they want to rent.

Lemonade also sells coverage for what it calls “stuff”—cameras, bikes and other items. In these cases, if someone buys a bike, the Lemonade message to buy insurance for the new wheels would pop up on the buyer’s screen at the time of purchase.