Independent agents take note – Nationwide may be on your side.

Nationwide on Monday announced its intention to shift to an independent agency distribution model over the next two years.

The Columbus, Ohio-based carrier, which provides a range of insurance and financial services, including auto, commercial, homeowners, farm and life insurance, sells products through both exclusive and independent agents. The company said the plan is to shift entirely to the independent agency distribution model by July 1, 2020.

Roughly 2,000 existing agents operating under the Nationwide brand will have the opportunity to transition to an independent agency model between now and then, according to the company, which said it already has relationships with more than 10,000 independent agents across the U.S. 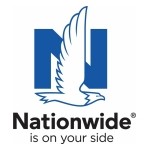 “We don’t anticipate any changes for members,” Mark Berven, president and chief operating officer of Nationwide Property & Casualty, said in a statement. “Agents will continue to serve members as they have in the past and still have access to Nationwide’s broad range of insurance and financial services products.”

He added that Nationwide is committed to offering members a distribution channel that works best for them, “while providing long-term growth opportunities for our agents.”

According to Nationwide, the company will continue to offer direct-to-consumer options for members who choose to do business online or over the phone.

The shift to using independent agents may have been coming for some time. Berven indicated last year that the carrier was looking at its distribution model during a conversation with InsuranceJournal.tv:

“What we really began looking at a couple of years ago is what do distribution partners need and what do consumers need,” Berven told InsuranceJournal.tv.

A Nationwide spokesman said there are no job impacts related to Monday’s announcement.

“We continually review our business needs and adjust staffing accordingly,” spokesman Joe Case stated in emailed comments. “Nationwide has hundreds of open positions across the country for which it is actively hiring.”

Case said exclusive Nationwide agents will have several options to transition to an independent contract by July 1, 2020, but he didn’t immediately offer specifics on what those options are.

Asked if the switch was possibly part of a broader company transition, he replied:

“Nationwide has been working to provide exclusive agents with more choices so they can grow their business, be successful and maintain long-term viability. We’re focused on providing agents with choice, expertise, ease of use and diversified revenue streams—all focused on helping them build their businesses. We know that agents are interested in expanding beyond standard personal lines products and placing an increased focus on commercial and financial services products to broaden their offerings.”

He added that market dynamics and the desire of agents to shift from traditional exclusive agencies toward more integrated agency models make now an opportune time to move to a fully independent agency model.

In moving to an independent model, agents will maintain access to Nationwide’s breadth of products, while receiving more flexibility to use other carriers, they will be better able to attract and retain commercial lines business and they can access investment capital in their agencies over the long-term, according to Nationwide.

Nationwide also said agents will receive control over succession planning, and a choice of what to do with policies at a future date, while diversifying their revenue streams and offering their clients access to industry expertise through multiple carriers.

“We’re sharing our plans with agents now so they can have as much time as possible to review their options and plan for the transition,” Berven added in his statement. “Market dynamics, customer preferences and increased desire by exclusive agents for more flexibility make now the opportune time to move to a fully independent model. It will create a win-win for our distribution partners, and ultimately, our members.”