With 2019 nearly rolled up, it is time to exhale and recap the latest dose of marijuana laws affecting the workplace. In the last twelve months, Illinois became the eleventh state to legalize recreational marijuana use by adult[1] and several other jurisdictions passed or modified their existing laws governing marijuana and the workplace. Below is a summary of this year’s developments and some thoughts about what 2020 might bring.

On June 25, 2019, Governor Pritzker signed the Illinois’ Cannabis Regulation and Tax Act into law, legalizing the use and possession of marijuana for adults age 21 or older starting January 1, 2020. The law, since modified, includes extensive workplace protections for employers, permitting employers to enforce drug free workplace policies—including random drug testing—and discipline or terminate employees who violate those policies, so long as those policies are applied in a nondiscriminatory manner. Employers are also shielded from liability for taking adverse actions against an employee based on the employer’s good faith belief that the employee is impaired or under the influence of marijuana while at work.

After enactment, questions arose as to whether Illinois employers who drug test their employees risked running afoul of the state’s Right to Privacy in the Workplace Act, which prohibits workplace discrimination based on an employee’s off-site and off-duty use of a “lawful product.” Fortunately, the Illinois legislature subsequently passed an amendment to clarify that employers may take adverse action against employees or rescind offers to applicants who fail a drug test conducted pursuant to an employer’s reasonable policy.

Despite the amended law’s added protections for employers, employees nonetheless may have a private right of action for a bad faith termination of employment. In addition, the amendments do not expressly address the question of whether an employer has a duty to accommodate an employee who provides a medical marijuana card or note from a doctor.

Expanded Workplace Protections for Marijuana Use

Employers should also be aware of the states and cities that provided new protections for marijuana users in 2019. New Mexico and Oklahoma each passed legislation that prohibits employers from discriminating against employees because of their status as registered medical marijuana users; however, the Oklahoma law does provide an exception for safety-sensitive jobs and for situations which the employee possesses, consumes or is under the influence of marijuana at work.

In Nevada, a new law taking effect on January 1, 2020, prevents employers from failing or refusing to hire an applicant because the applicant tests positive for marijuana. Perhaps not surprisingly, New York City went one step further when it passed an Int. 1445-A, barring most employers from conducting any pre-employment testing for marijuana or THC. The ordinance provides several exceptions to allow drug testing of applicants for safety-related positions, transport-related positions, caregivers, and certain federal contractors.

Similarly, New Jersey now prohibits employers from disciplining or terminating an employee solely based on that individual’s status as a registered medical marijuana user. While the law does not prevent employers from prohibiting or disciplining employees from using marijuana during work hours or on workplace premises, Garden State employers with a drug testing policy are required to offer employees and applicants who test positive the opportunity to explain the positive result.

Given the recent trends, employers should expect another wave of marijuana legislation in the coming year. Indeed, several states, such as Florida, Indiana, and Massachusetts are already considering bills that would prohibit discrimination against medical marijuana users and potentially eliminate most workplace drug testing for marijuana and THC. After coming close to passing legal recreational marijuana in the prior legislative sessions, New York and New Jersey will likely see another push in the coming year. New Jersey is slated to consider a ballot-initiative in a push to let voters decide whether to legalize adult-use recreational marijuana.

Employers should also be aware of potential federal action relating to marijuana. In June, the U.S. House of Representatives approved an amendment prohibiting the Department of Justice from using appropriated funds to interfere with state-legal marijuana programs. The House passed a second major marijuana bill in September, the Secure and Fair Enforcement (SAFE) Banking Act, which would protect banks and credit unions that serve cannabis businesses from being penalized under federal anti-money laundering and illicit finance laws. Finally, in November, the House Judiciary Committee approved the Marijuana Opportunity Reinvestment and Expungement (MORE) Act, which removes marijuana from Schedule I of the Controlled Substances Act and requires federal courts to expunge prior convictions for marijuana offenses. Although significant marijuana legislation is unlikely to pass the U.S. Senate in an election year, Congress’s rumblings underscore a shift in public opinion that has already and likely will continue to drive states to legislate further in this area.

[1] While still illegal under federal law, adult recreational use of marijuana is permitted in the District of Columbia and the following states: Alaska, California, Colorado, Illinois, Maine, Massachusetts, Michigan, Nevada, Oregon, Vermont and Washington.

Reprinted with permission from Health Employment and Labor blog. 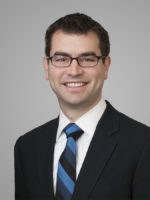 Glasser is a member of the Epstein Becker Green law firm in the Employment, Labor & Workforce Management practice, in the Washington, D.C., office, where he co-leads the Artificial Intelligence strategic industry group. His practice focuses on the representation of employers in employee relations and human resources compliance, as well as litigating claims of harassment, discrimination, whistleblowing, and wage-hour violations. 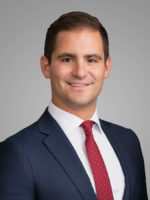 Emanuelson is a law clerk – Admission Pending – in the Employment, Labor & Workforce Management practice, in the New York office of Epstein Becker Green. He will be focusing his practice on disability laws, employment litigation, and employment training, practices, and procedures.