Louisiana’s lawmakers are trudging back to work after Gov. John Bel Edwards called them to the Capitol for a special deficit-reduction session that many of them didn’t want to have.

The 10-day session that began Monday, a day before Valentine’s Day, and ends shortly before Mardi Gras, will have little of the festive air that normally marks lawmakers’ return to Baton Rouge, when they arrive happy to visit with colleagues and brimming with ideas.

Instead, they’re gathering for an unpleasant chore: rebalancing the state’s $27 billion operating budget for the financial year that ends June 30 and eliminating a $304 million deficit.

“Nobody’s looking forward to going back Monday, I can tell you that,” said Rep. Thomas Carmody, R-Shreveport.

House Republican leaders questioned the need for the session at all, saying the Democratic governor and the Legislature’s joint budget committee had the authority to make cuts on their own. But Edwards said that authority was too limited and the full Legislature could broaden the impact of the reductions to lessen the pain.

The session was scheduled to open at 6:30 p.m. Edwards was to speak to a joint gathering of the House and Senate shortly thereafter.

Unemployment has driven personal income, business and sales taxes below expectations, opening up the budget gap. Edwards’ proposal to rebalance the state’s spending plans would cut about $60 million from agencies and use $240 million in reserves and other financing to eliminate the remaining shortfall. 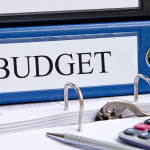 Cuts would fall on the privatized charity hospital services, medical school training programs, roadwork, outreach services for the homeless, economic development marketing and the Office of Juvenile Justice. Dollars for supplies, travel and equipment would be reduced.

Taxes can’t be raised under the session parameters set by the governor, but lawmakers can consider fee hikes if they would prefer that to cuts.

Democrats appear to be largely on board with the governor’s plan, but some GOP lawmakers say it contains too many short-term fixes. They want to see more permanent spending reductions, saying state government has grown too large.

“We’re at a point in this state where we’re going to have to cut programs. We’re going to have to have a discussion about that,” said Rep. Lance Harris, leader of the House GOP delegation. “I want to look at every single option, leave no stone unturned, before I look at voting for using rainy day.”

Tapping the fund requires support from two-thirds of House and Senate members, a vote that senators believe they can reach but that appears questionable in the House.

“If the Legislature does not want to use the rainy day fund, then they need to figure out where they want to impose these cuts,” said Commissioner of Administration Jay Dardenne, the governor’s chief budget adviser.

Senators also will debate one nonfinancial issue: whether to oust one of their own.

Sens. Dan Claitor, R-Baton Rouge, and Sharon Hewitt, R-Slidell, were filing legislation on Monday to try to expel Sen. Troy Brown, D-Geismar, from the chamber. Brown has pleaded no contest twice to domestic abuse charges over the past year and served jail time last month. He has refused to resign.

Claitor said he expects to have enough votes _ and enough time in the 10-day session _ to remove Brown from his seat. No one has been expelled from the Senate since 1981.

Brown’s lawyer didn’t respond to a phone call Monday. The senator has said he is in anger-management counseling and believes expulsion is too extreme a punishment.