“Overall, the 2020 network report card continues to show that networks tend to be more cost-efficient than non-network claims, and these cost differences appear to be partially driven by lower hospital utilization and lower prices per service. Despite lower costs, network claims generally have better return-to-work and functional outcomes, compared with non-network claims,” the report concludes. 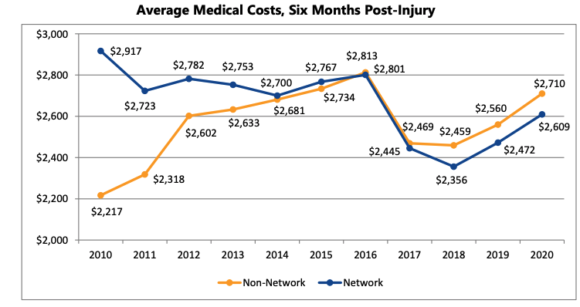 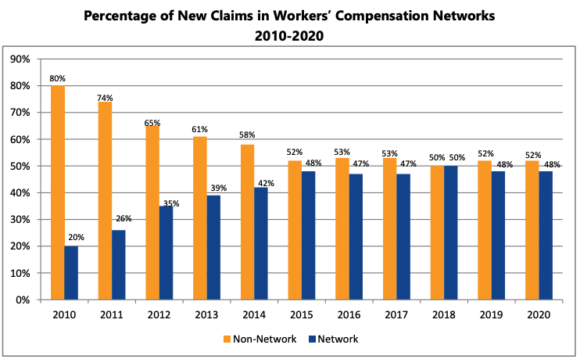 There are 30 networks covering 254 Texas counties that are certified to provide workers’ compensation health care services to insurance carriers as of June 1, 2020. Twenty-one certified networks actively treated injured employees as of May 31, 2019. Since 2006, about 1.1 million injured employees have been treated in workers’ compensation networks.

The report advises that not all networks are the same. The report card shows differences by individual networks’ performance in injured employees’ perceptions about their access to care, satisfaction with care and other measures.