Florida insurers, consumer and insurance advocates, as well as regulators, are hoping 2016 may finally be the year that legislators address the misuse of assignment of benefits (AOB) for water loss claims that they say has become a rampant and costly problem in the state.

The Consumer Protection Coalition, formed in January to raise awareness of AOB abuse, reports Florida AOB lawsuits have increased 90,000 percent since 2000. Claims of misuse have been primarily isolated to South Florida – particularly in Miami-Dade County – and the stories have stayed under the radar for the most part.

However, the AOB abuse became a statewide headline this past summer when state-run insurer Citizens Property Insurance Corp. highlighted the problem in its 2016 rate filing and requested a rate increase of 3.2 percent for all personal lines policyholders.

“I want to be crystal clear on this issue: water losses are the major reason Citizens is seeking rate hikes for the coming year, especially in South Florida,” President and CEO of Citizens Barry Gilway said at its Aug. 25, 2015 rate hearing before Florida regulators.

Michael Carlson, executive director of the Personal Insurance Federation of Florida (PIFF), said “highly litigious” groups of trial firms as well as certain types of contractors – many of them unlicensed water extractors – have been taking advantage of the AOB provision in homeowners insurance policies. In many cases, contractors are inflating the cost of repair work and suing insurance companies if a claim is denied or not paid in full.

Policyholders often don’t understand what they are signing over and unaware if a repair company turns around and sues their insurer. Law firms and repair contractors have been working together on executing these water loss claims because they consider it easy money. Carlson said in most cases, insurers opt to settle the claims.

“Insurers are making a business decision on if it’s worth it to fight the suit or the [inflated] claim,” Carlson said. “The insurance company doesn’t want to add defense costs unless they really think the claim is incorrect. They are motivated to settle and keep costs low.”

In August, Gilway called the trend of increasing water damage claims “very disturbing,” with non-cat related water losses now accounting for 33 percent of every premium dollar paid by Citizens’ policyholders. The company has been urging lawmakers to pass a solution to the problem in 2016. Carlson said PIFF’s insurer members are not having this issue in any of the other states they operate in.

Florida lawmakers are currently weighing two bills – House Bill 1097 and Senate Bill 596 – that would address the abuse of the assignment of benefits provision (see end of story).

Carlson said efforts to pass legislation the last three years have been unsuccessful, but he is hopeful Citizens’ statewide platform has helped call attention to an important and costly issue for Florida consumers.

“Citizens has the unique ability as a public company to make all of its company information available and not a lot of insurers can do that,” Carlson said. “[Citizens] can generate a lot of data and put together a lot of information that is impactful and sheds light on the cost.”

And Citizens isn’t the only one tackling the problem. The Florida Office of Insurance Regulation (OIR) issued a data call in October to Florida’s largest property insurers to submit detailed information on water loss claims, mitigation services, litigation and assignment of benefits.

OIR said at the time the data call would help evaluate the impact that assignment of benefits is having on property claims. OIR still has not released the data call information but said it was working on a compilation of the aggregated results.

Citizens released an analysis of its data call results that the company said confirms the state is facing a serious problem.

In the meantime, the Florida Chamber of Commerce, along with business leaders, consumer advocates, real estate agents, construction contractors, insurance agents, and insurance trade groups, have formed the Consumer Protection Coalition with the goal to “protect consumers by ensuring homeowners maintain control of their insurance policies, rather than relinquish them to scheming vendors seeking to pad their profits using AOB.”

Mark Wilson, president of the Florida Chamber of Commerce, said the news of the problem has started getting out as consumers question why their rates are going up after several storm-free years.

“The answer is inflated claims,” said Wilson. “The most important thing we are doing here is driving consumer awareness.”

Critics, however, have questioned whether insurers are really trying to take away an important policyholder right and question if the AOB abuse is actually fraud, as it has been called.

“Call it fraud, scam or abuse – we see those all as equivalent terms,” Carlson said.

Regardless of what is called, Wilson says the problem is leading to higher costs for insurers and that is trickling down to policyholders.

“AOB was created a long time ago as a solution – as a protection for insureds – now what’s happened is trial lawyers and dishonest contractors have used what was supposed to be a consumer protection to scam the consumers,” he said. 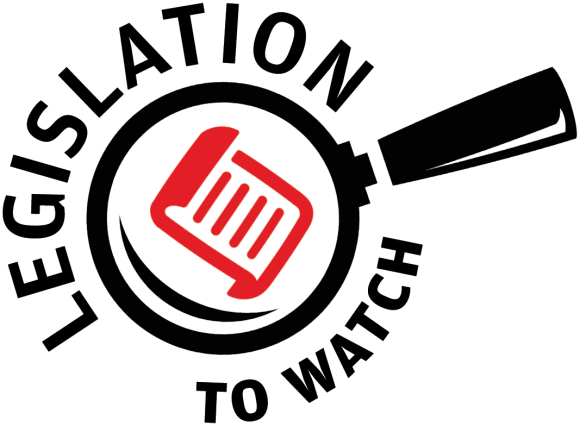 The bills introduced in the Florida House (HB1097) and Senate (SB 596) to tackle the assignment of benefits abuse problem include requirements for post-loss assignment of claims or policy provisions not related to liability coverage. More specifically, the proposed legislation says policyholders with a covered loss can’t assign a claim until the policyholder has given notice of the loss to the insurer or their agent. The exception to this is if repairs must be performed and paid for to protect the property from further damage. The legislation also allows policyholders to cancel an assignment agreement without penalty or obligation within three business days after the agreement is executed or received by the insurer.

The bill also states assignees cannot perform any services not specifically approved by the policyholder in a separate contract that spells out the scope and costs of such repairs, and provides limitations on the assignee’s rights to collect money from, sue or claim lien on the property of the policyholder.

Personal Insurance Federation of Florida’s Executive Director Michael Carlson said keeping the insured in the loop will be a big part of preventing future abuse.

“Letting the enforcement of the assignment remain with the homeowner will keep them in the process and they will know what the vendor is doing,” he said.

If passed, this bill would prohibit contractors or other parties from receiving a referral fee for doing work in which they would be compensated by an insurance policy. It also would ban such parties from interpreting or advising insureds on coverage or duties under their property insurance policy, or adjusting a claim on behalf of the insured. Finally, insureds must be given an itemized estimate of the cost of services and materials for repairs before the agreement authorizing the repairs is executed.

Status:Passed Insurance and Banking Subcommittee Jan. 27 and was scheduled to be heard Feb. 8 by the House Government Operations Appropriations Subcommittee.