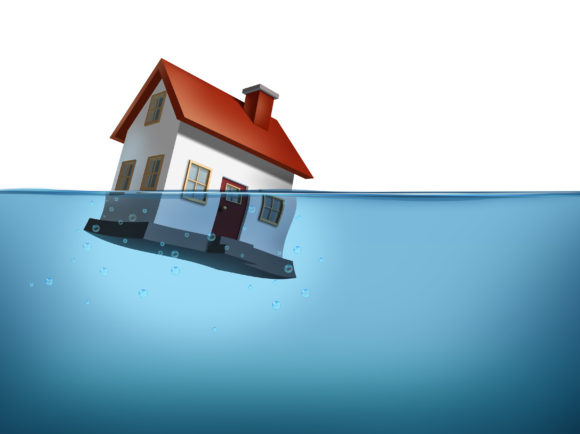 “I think the number one thing the insurance industry can do is link AOB (assignment of benefits) to the impact that it’s having on the individual consumer and the huge impact it’s having on the premiums that the consumer’s paying,” Barry Gilway, president, CEO and executive director of Citizens Property Insurance Corp. told attendees in a recent Insurance Journal webinar on Florida AOB abuse.

Gilway was one of a panel of four experts participating in the “Florida AOB Crisis: Where Does the Industry Go from Here?” webinar conducted by Insurance Journal on June 26.

Logan McFaddin, regional representative for the Property Casualty Insurers Association (PCI), Paul Huszar, CEO of remediation contracting company VetCor, and Patrick Wraight, director of the Insurance Journal Academy of Insurance, joined Gilway in discussing the AOB situation in Florida and ways to rein in what they all agreed is runaway abuse.

The AOB problem in Florida stems from unlicensed water remediation and roofing contractors who have homeowners sign over their insurance policy rights in exchange for needed repairs to their homes. The contractors, typically working with an attorney, file inflated or fake claims, and then pursue lawsuits against insurers when those claims are disputed or denied. Because of Florida’s one-way attorney fee statute, insurers are left footing the bill for the inflated claims and the attorney fees if the insurer is found to have underpaid the claim by any amount.

Carriers across the state have seen an increase in litigation because of these inflated claims. According to the Florida Department of Financial Services, there were 405 AOB lawsuits across all 67 Florida counties in 2006, and by 2016 that number had risen to 28,200.

But Citizens, the state-run insurer of last resort, has borne the brunt of the abuse. It reported in its 2019 rate hearing in June that it would spend $70 million this year defending AOB-related litigation – equal to 17 percent of its total premium.

The problem has been the worst in the Tri-County region of South Florida for several years but it is now spreading to the rest of the state.

“Ultimately, these inflated and often fake claims and their corresponding lawsuits drive up the costs of home and auto insurance for our consumers,” McFaddin said.

The insurance industry has taken various measures to respond to the increased litigation, including instituting policy language changes and pulling back capacity in the areas where the abuse has been the worst – but its biggest defense has been and will continue to be to raise rates.

“For the first time in my history – and I’ve been in the business 48 years – I’ve actually seen the Office of Insurance Regulation ask carriers to increase rates higher than they originally estimated. That happened three times last year,” Gilway said during the webinar. “And the reason is they have to protect the financial security of the insurance companies because this is getting so completely out of hand.”

Citizens expects to file rate increases in 60 out of 67 Florida counties for 2019 thanks to AOB abuse.

“The bottom line is, it’s having an impact on everyone’s rates,” Gilway said.

With little movement toward change from the Florida Legislature, educating consumers is now a key to stemming the AOB problem, McFaddin said.

“That consumer awareness is really critical in preventing AOB abuse from happening in the future and to control these costs,” McFaddin said. “Our policyholders need to understand that when they sign on the dotted line of an AOB contract, they’re relinquishing their rights under their policy to a third party.”

Citizens has taken a multi-faced approach to combat abuse, including its educational “Call Citizens First” campaign to encourage policyholders to contact their insurance agent or the company directly after a loss. It will also launch a new managed repair program on Aug. 1 that incentivizes policyholders to work with contractors who have been vetted and approved by the insurer.

Gilway said thanks to policy language changes that it implemented about two years ago, AOB lawsuits in 2017 dropped to 7,600 from 10,000 the year before. Many Florida insurers are copying some of the changes Citizens has made as private industry lawsuits continue to increase.

But panelists agreed the insurance industry needs to do a better job of getting the message out to consumers about what an AOB is and why they should avoid signing one. Huszar said there is no reason contractors need to use an AOB – his company will use a “direction to pay” agreement instead so they can be paid directly by the insurance company after the work has been done.

“It’s that simple, but I don’t think anybody’s made that compelling argument to counter the people who are trying to make it seem like you can’t do business without an AOB,” he said.

Unfortunately, Huszar said, consumers will not understand the severity of what is happening until their rates start going up.

“Once people start feeling it in their pocketbook and their rate increases, then the industry needs to explain why,” he said.

Wraight said insurance agents have a vital role to play and an opportunity to help with that education piece.

“We live in a time when an agent can get a hold of their insureds by text message, by e-mail, by phone. Without being obtrusive and without putting out a whole lot of work, an agent can provide continual drips of information to their insureds,” he said.

Including, Wraight added, warning insureds to watch out for contractors who want them to sign a document that they may not understand and by providing phone numbers insureds need if they have a claim.

Hope for a Legislative Fix

Gilway said that education of the seriousness of AOB abuse needs to extend to the Florida Legislature, and that’s where the industry really has its work cut out.

“It’s really important that we do a much, much better job educating the population that this is having a bottom-line impact on their rates, their premiums. And in order to do something about it, we really have to do a better job of educating the legislature because we’re not getting the traction that we need there,” Gilway said.

Huszar said from an outsider’s perspective, the trial bar and unscrupulous contractors are more organized and convincing to lawmakers that the insurance industry is the enemy.

“The story that’s being told to the legislators … is one that says, “Oh, the big, bad insurance companies don’t pay us promptly, so therefore I can’t do business without an AOB,'” he said. “That simply is just not true, but we’ve got to do a better job, a more effective and efficient job of communicating that.”

Gilway said there was some traction with Florida House members, who passed a version of AOB reform that was never heard by the Senate in the last legislative session. With new Senate leadership coming in next year, he is hopeful the industry can get through to lawmakers on what this abuse is doing and what the long-term impact will be to the consumer.

“Again, it all comes down to communication and making sure these legislators and consumers understand the extent of the problem,” he said.

Webinar: Florida Assignment of Benefits Crisis: Where Does the Industry Go From Here?