Carla Denise Garrison’s 8-year-old daughter picked up a used hypodermic needle from the parking lot outside a Target store and asked, “Mommy, what is this?” Garrison instinctively swatted the syringe away, poking her daughter’s palm in the process.

The puncture led Garrison to a year’s worth of periodic blood tests with constant worries about contracting hepatitis or AIDS. After Target refused to pay Garrison’s medical bills, she sued and won a $4.6 million jury verdict that was upheld by the South Carolina Court of Appeals. The verdict is the latest of several judgments or lawsuit settlements in recent months that have held property owners liable for not maintaining safe parking lots.

In the Target case, the South Carolina Supreme Court may have taken most of the $4.5 million victory in a ruling on Wednesday. In a 5-0 decision, the high court directed the trial court judge to reconsider his decision to throw out the punitive damages award, but also to take into account South Carolina’s statutory cap on punitive damages applies to Garrison’s claim.

That would could limit the jury’s award of $4.5 million in punitive damages to $300,000 or $400,000. The exact amount depends on facts that must be determined by the trial court judge. 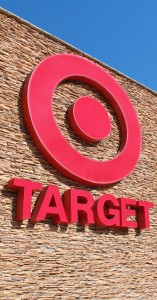 The ruling reverses a Court of Appeals finding that the statute that caps punitive damages does not apply unless the defendant argues that it should in pleadings. That is known as an affirmative defense.

The Supreme Court said affirmative defenses are generally reserved for issues that a jury is required to resolve.

“The plain language of the statute does not impose a burden on the defendant to prove the cap applies,” the court’s unanimous opinion says. “Rather, the legislature only directs trial courts to determine which level of the cap must be applied in a particular case.”

After she was poked, Garrison immediately rushed into the public restroom at Target to run water over her hand. She reported the incident to the store. A claims investigator asked her if she thought Target was responsible for the injury. She told him that the store was responsible for the parking lot and wanted Target to pay for her medical bills.

An infectious disease specialist prescribed medications that she said left her in a “zombie-like state” and caused night terrors. She underwent blood tests every three months for a year to monitor for any emerging infections.

Garrison asked Target to pay her $12,000. After Target refused, she and her husband, Clint, filed a lawsuit in Anderson County.

A jury found in the couple’s favor and awarded $100,000 in compensatory damages plus $4.5 million in punitive damages. The jury also awarded Clint Garrison $8,500 for lost wages and loss of consortium.

Circuit Court Judge R. Keith Kelly threw out the punitive damages award in a judgment notwithstanding the verdict. But Kelly allowed the compensatory damage awards to stand, finding that Target had “constructive knowledge” that the parking lot was hazardous. Both parties appealed.

A three-judge panel of the Court of Appeals reinstated the punitive damages award, citing testimony from witnesses that Target did not regularly clean the parking lot and “there was trash everywhere” even though the store’s managers said the lot was cleaned every Thursday night. Clint Garrison had even camped out in the Target parking lot on a Thursday night to show that it was not regularly cleaned.

The appellate court also found that Target had waived its right to cap the award under the statutory cap laid out in section 15-32-530 because it did not mention the limit in its pleadings. Judge D. Garrison Hill dissented, stating that nothing in the statute states that the cap on punitive damages cannot be applied unless it is mentioned in pleadings.

Likewise, the Supreme Court found that the appellate panel had read into the law a requirement that does not exist. But the high court the trial court to take another look at the jury’s punitive damage award and to consider not only the harm that had come to Garrison, but also to the potential harm that could have been done to her and other customers because of Target’s negligence.

“Although Denise did not ultimately contract a disease from the syringe, the trial court erred in failing to consider any potential harm in the ratio calculation, including the harm likely to result to other customers due to Target’s failure to maintain the parking lot in a reasonably safe condition,” the court said.

Of course, Section 15-32-530 will limit any punitive damage award to three times the amount of compensatory damages unless one of three statutory exemptions apply:

If the trial court determines one of those factors applies, punitive damages are limited to four times the amount of compensatory damages. Either way, the judgment appears to limit Garrison’s potential award to $500,000.

There is one consolation for the family: The high court also reversed the Court of Appeals and ruled that Denise Garrison is entitled to 8 percent interest on her award from the date Target rejected her settlement offer to the date of the verdict, including on the amount of punitive damages, if any.

The appeals court verdict is one of several judgments or settlements in the Southeast in recent months that have held retailers liable for millions of dollars for not patrolling or maintaining safe parking lots.

In November, a Georgia appeals court upheld a $43 million premises liability verdict against the CVS Pharmacy chain, ruling that the company failed to take security measures to prevent the shooting of a patron in 2012. This month, a Florida Keys marina agreed to pay $6 million after a man working on a boat was robbed and killed. And a Coral Gables, Florida, billiard hall settled a suit for $2.8 million after a man was involved in a fight then was killed in the parking lot, which plaintiffs said did not have security guards.