A Georgia appeals court has upheld a $43 million premises liability verdict against the CVS Pharmacy chain, ruling that the company failed to take security measures to prevent the shooting of a patron in 2012.

The case is the latest of three premises liability suits that have resulted in eight-figure verdicts in Georgia in the last two years, and attorneys said it could have nationwide importance for businesses that operate in high-crime areas – and for their insurance carriers. 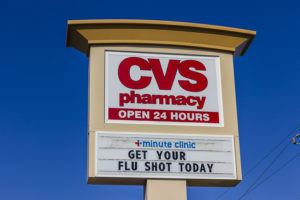 In Georgia CVS Pharmacy vs. James Carmichael, the Court of Appeals’ 2nd Division affirmed a trial court and found that evidence showed that corporate leaders knew that the Atlanta pharmacy and its parking lot were the scene of numerous robberies and assaults. Yet, the company did not install extra lighting and did not hire a security guard, despite repeated requests from employees.

CVS had removed security guards two years before the shooting, the court noted. Witnesses at trial testified that, after the security was removed, at least three violent crimes occurred at the Moreland Avenue store. A CVS corporate representative acknowledged in a deposition that guards were effective deterrents to crime and that sufficient lighting also could be “a deterrent to violent crime.”

“We conclude that there was ample evidence from which a reasonable jury could conclude that the robbery of Carmichael was reasonably foreseeable to CVS,” because previous crimes were substantially similar and there was evidence that another robbery was a “salient possibility,” appeals court Presiding Judge Yvette Miller wrote in the Nov. 1 opinion.

The shooting happened like this: Shortly before Christmas in 2012, Carmichael was driving through Atlanta on his way home to Alabama when he stopped at the CVS to buy some toiletries. He called an acquaintance to meet him at the store to complete the sale of an iPad computer tablet. After the transaction, the seller left and an unknown man jumped into Carmichael’s car, brandished a gun and demanded money. Carmichael said he gave the man the money he had, but then pulled his own gun, which jammed. The assailant then shot Carmichael in the gut, back and shoulder.

Carmichael was in a coma for a month and has undergone multiple surgeries since then. He continues to suffer from nerve damage, hearing loss, speech problems and chronic pain, the court said. His medical bills have topped $725,000, the court explained.

Carmichael’s Atlanta attorneys filed the premises liability suit. A Fulton County jury apportioned 95% of the blame to CVS and 5% to Carmichael.

CVS appealed, arguing that the company could not have foreseen the danger, that Carmichael was the one who had superior knowledge of the danger, and that the safety impact of lighting and guards was too speculative.

“We reject each of these arguments because there was sufficient evidence from which a reasonable jury could conclude that CVS proximately caused Carmichael’s injuries and that CVS had superior knowledge of the danger,” the appeals court said.

CVS initially raised the argument that Carmichael was a licensee, not an invitee, of the store. But that argument was later withdrawn, and the appeals court opinion did not explain what CVS intended with that notion.

As in most states, Georgia premises liability law provides that accident victims can hold the owner or occupier of property liable for negligently causing or negligently failing to correct or warn about unsafe conditions, the Ragland Law Firm, based in Atlanta, explained on its website.

The multimillion Carmichael verdict could now put a new emphasis on premises liability around the country, some said. Businesses operating in high-crime areas will undoubtedly have to determine whether they can afford enhanced security measures or risk facing an eight-figure verdict, wrote Vincent Gunter, a lawyer with RDM Law, in Kansas City.

“In addition, insurance companies that insure them will certainly conduct their own reviews to determine whether to increase policy premiums and perhaps whether to cancel coverage altogether, lest they be hit with an excessive eight-figure verdict,” Gunter noted.

The CVS verdict was not the largest amount of damages awarded in a premises liability claim against a store in a crime-plagued neighborhood in Georgia in recent years, but it is substantial. In a very similar case in 2019, a jury awarded almost $70 million to a Navy veteran who was robbed and shot in the Kroger grocery store parking lot in Atlanta, not far from the CVS.

Kroger knew the store was unsafe yet failed to place security guards in the parking lot, said lead plaintiff’s attorney Peter Law, according to news reports at the time. Law, whose firm is based in Atlanta, also represented Carmichael in the CVS case. Law could not be reached for comment.

Another Georgia jury in 2019 awarded $52 million to the estate of a man who was killed outside a Quick Stop convenience store, according to TopVerdict.com.

Carrie Moss, one of the attorneys for CVS in the Carmichael case, said the company had no comment on the appeals court ruling. The CVS insurance carrier was not named in the suit.