A U.S. appeals court on Thursday revived a shareholder lawsuit against BP PLC over statements the company made in the wake of a 2006 oil spill in Alaska.

The ruling from the 9th U.S. Circuit Court of Appeals in San Francisco allows shareholders to proceed with some securities fraud claims against BP after a lower judge had dismissed them.

Representatives for BP and the plaintiffs could not immediately be reached for comment. 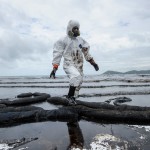 In March 2006, about 200,000 gallons of oil spilled from a BP pipeline onto the Alaskan tundra at Prudhoe Bay, according to the opinion.

“Despite BP’s public statements suggesting that the spill was an anomaly, a second leak was discovered five months later in a different BP oil transit line in the region,” the court wrote. “As a result, the company temporarily shut down regional operations.”

BP-Alaska eventually pleaded guilty to a misdemeanor for negligent discharge of oil, and paid a $20 million fine to settle state and federal criminal claims, the court wrote, along with additional civil penalties.

A group of shareholders filed a proposed class action against the company in 2008, claiming that BP and its executives made knowingly false statements about the events. A Seattle federal judge dismissed all claims, but the 9th Circuit on Thursday ruled that the plaintiffs had provided enough evidence to show that some of the statements at issue should be litigated.

“In this case, facts alleged in the complaint support the conclusion that BP had been aware of corrosive conditions for over a decade, and yet chose not to address them,” the court wrote.