Trial has begun in federal court in Las Vegas for a 49-year-old senior Clark County human resources analyst accused of conspiring with a dead former judge to steal $824,000 from an auto insurance company.

Holman pleaded not guilty to a 2011 federal grand jury indictment accusing him of conspiracy and wire fraud. 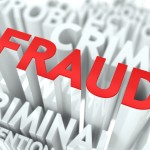 Provost was 48 when he committed suicide in July 2009, amid embezzlement allegations.