California’s limit of $250,000 on medical malpractice damages for pain and suffering, which became a model for other states almost 40 years ago, could be increased under a voter initiative to be submitted on Monday.

Proponents said they’ve gathered 830,000 signatures, enough to qualify for the November ballot, supporting changes in so- called non-economic damages to account for inflation, effectively raising the cap to more than $1 million. The proposal would also require drug and alcohol tests for doctors.

Detractors of the initiative say it will make it easier and more lucrative for lawyers to file lawsuits against healthcare providers, and burden the healthcare system with legal fees. 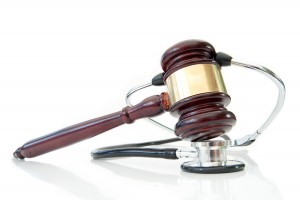 The initiative, if successful, would strike a blow against California’s 1975 landmark malpractice tort liability law known as the Medical Injury Compensation Reform Act. Trial lawyers and consumer groups have tried repeatedly in the courts and the legislature to overturn the law.

While the measure would lift the pain and suffering cap, proponents say their primary goal is to improve patient safety. They say physicians and hospitals aren’t doing enough to curb prescription drug abuse or to police doctors.

The proposal would also require doctors to consult a statewide prescription drug database prior to placing a patients on medication.

The measure is named the Troy and Alana Pack Patient Safety Act after two young siblings who were run down and killed in 2003 by a woman who was drunk and high on prescription drugs.

Physicians and insurance companies are fighting the initiative, saying the drug abuse provisions were added by trial lawyers simply to entice voters to approve a measure whose real purpose is to fatten payouts in lawsuits.

The proposal, which would also call on doctors to report peers suspected of drug or alcohol impairment or medical negligence, requires at least 504,760 signatures that are due today, according to the California Secretary of State.