A coalition of tourism entities, commercial property owners and insurers are calling on state legislators to support a resolution urging Congress to extend the Terrorism Risk Insurance Act.

AJR 34, authored by Assemblyman Ken Cooley, D-Rancho Cordova, will be heard in the Assembly Insurance Committee on Wednesday. The resolution calls for reauthorization of TRIA, which requires insurers to offer coverage for terrorism to policyholders in certain commercial insurance lines. 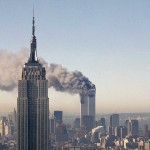 Passage of TRIA following the September 11, 2001 terrorist attacks stabilized the insurance market and broke through the paralysis that plagued the economy, especially in the construction, real estate, finance and other vital sectors, said Mark Sektnan, ACIC president.

“California is home to many skyscrapers, airports, tourist attractions, sporting venues, universities, bridges, military bases and other major potential targets,” Sektnan said. “California is also the nation’s food basket as the largest agricultural supplier in the nation. The extension of TRIA will protect California’s 14.6 million workers and a multitude of high-value commercial properties.”

Without the extension of TRIA by Congress adequate terrorism coverage for current and future activities could be unavailable from private insurers, Sektnan said.