A Nevada jury has awarded $1.3 million in damages to comedian George Wallace for a leg injury he said he suffered while performing at a Las Vegas Strip resort in 2007.

The split decision in a civil negligence and personal injury lawsuit against the Bellagio Las Vegas hotel-casino came after two weeks of testimony and about 12 hours of deliberations.

The 61-year-old stand-up comic known to many as Jerry Seinfeld’s friend had sought at least $7.1 million, but he emerged from the courtroom Tuesday saying he was happy with the jury award and would be glad to work again at the Bellagio.

He said he was stunned, however, that Bellagio attorney Paul Haire showed the jury an image during closing arguments Friday that included Wallace’s photo alongside a caricature of what appeared to be a dark-skinned child. 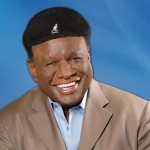 At the time, Haire was deriding as wildly speculative a witness’s estimate that Wallace lost millions of dollars in lifetime earnings as a result of his injury.

Wallace told reporters he saw the cartoon image as a “black caricature with a pickaninny haircut.”

“I just thought it was the lowest thing in my career. I’m sorry that I heard it in a courtroom,” he said. “I’m not sure whether it affected the jury. But it hurt me.”

The two sides had put the medical expenses figure at about $9,525.

Wallace testified that he’s permanently hobbled after tangling his leg in wiring onstage during a private performance for HSBC Card Services Inc.

Wallace’s attorney, Dominic Gentile, said he believed the jury “saw it was all the Bellagio’s fault, and they announced that.”

“I can’t say we’re thrilled by the amount of damages they found, but I think they did an honest job,” Gentile said.

Haire, who denied that the hotel and its employees were responsible for Wallace’s Achilles tendon injury, said it would be up to the Bellagio and its owners, MGM Resorts International, to decide whether to appeal.

“Obviously, we weren’t as convincing as we would like to have been. But we respect the jury’s verdict,” he said.

Wallace also named HSBC as a defendant in the civil negligence lawsuit that was filed in 2009 in Clark County District Court.

Those two parties reached a confidential settlement just days before the jury was seated March 21. Neither side disclosed the terms.