A four-year investigation into an organized fraud ring has uncovered a million-dollar scheme targeting high-end vehicles through auto loan and insurance fraud has led to several arrests, according to the California Department of Insurance.

CDI said it executed coordinated arrest warrants of the suspects in the early morning hours of Friday.

The alleged fraud ring purchased or leased high-end vehicles, many of which were acquired fraudulently by various individuals who lied about their employment or income on credit applications to qualify for loans or leases, according to CDI. 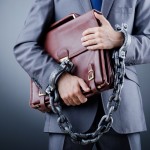 The suspects then defaulted on the loans and leases while at the same time filing false insurance claims on the defaulted vehicles, CDI stated.

“This organized fraud ring filled their pockets by ripping off insurance companies and auto dealers,” said California Insurance Commissioner Dave Jones said in a statement. “These individuals conspired to purchase and lease vehicles with the sole intent to default on the loans and make bogus insurance claims.”

A total of 18 dealerships were reportedly defrauded, and the scheme allegedly involved more than 20 new luxury vehicles and five used vehicles as well as an additional three that have been exported from the country.

There are 17 suspects from the Los Angeles area and one from Fresno, according to CDI.