The recently fired police chief of a central Oregon town says he was undone by an ambitious deputy who had eyes for his job and a city government that resented the leave he took for military service.

Former Prineville Police Chief Eric Bush says in a lawsuit that he was unjustly fired last week after a 10-month investigation by the city that centered on his alleged abuse of the city’s flex-time policy and the falsification of hours worked.

The investigation also looked at his possible misuse of office computers for personal and National Guard-related matters. The city has declined to release the investigation.

The Bulletin reported Bush was placed on paid leave Sept. 3 of last year, the first day he returned to work after a nearly monthlong National Guard assignment in South Korea, and more than three weeks before Prineville officials announced it publicly. 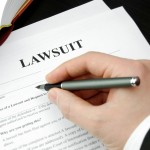 Police Capt. Michael Boyd was positioning himself to be Prineville’s next chief and described Bush as “corrupt,” an “embezzler” and a “liar” to others in the department, the suit says.

Shortly after Bush had been placed on leave, the suit says, Boyd reportedly told department employees, “Chief Bush might just kill himself and that would be the easiest outcome.”

Neither Boyd nor City Manager Steve Forrester immediately returned a call from The Associated Press on Saturday.

According to the complaint, shortly after Bush was promoted to brigadier general in September 2011, some city employees began expressing concerns that his commitments to the National Guard were taking him away from the police department too often.

Bush was in South Korea with the National Guard from Aug. 4 through Aug. 31. On Aug. 28, the city retained the Local Government Personnel Institute to begin investigating Bush.

Mayor Betty Roppe said she was unable to comment on Bush’s suit, but has confidence in the city manager’s ability to make day-to-day personnel decisions and supports his dismissal of Bush.

She said council members received regular updates on the investigation over the past 10 months and conceded the process dragged on longer than she would have preferred.

“The city had to be really cautious and make sure our investigation was thorough,” she said. “Public employees have a lot of rights, and we had to make sure our i’s were dotted and our t’s were crossed.”

Bush’s suit seeks more than $2.5 million from the city to compensate for the loss of future wages and benefits along with additional noneconomic damages for defamation and the deliberate infliction of emotional distress.