Farmers on the Big Island of Hawaii are assessing damage to crops after Tropical Storm Iselle made landfall last weekend.

“It was pretty clear to us that the papaya farmers took the highest amount of damage,” Richard Ha, president of the Hamakua Springs Country Farms, told the Hawaii Tribune-Herald.

“Estimation of the sales lost, plus the startup, the bulldozing costs and growing up to that first year, when they’re ready to harvest again . is about $53 million. People have been flying overhead to look over the damage with helicopters. The damage is devastating. Some folks have about 80 percent damage. Some folks’ farms had less, of course, but the damage is extremely high.”

State and federal agriculture officials spoke with local farmers on Monday, he said.

Ha said the banana crop wasn’t affected as much because it’s at a higher elevation. 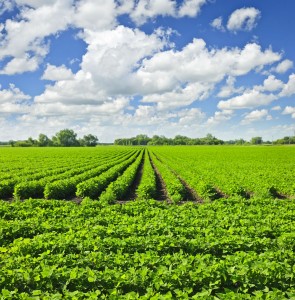 The macadamia nut crop also was damaged by the high winds and rain, with 2,000 trees – including a recent planting of 1,200 new trees – is lost, said John Cross, land manager for the Ed Olson Trust, which owns Ka’u Farms Management and Ka’u Coffee Mill.

Ornamental flower growers on the eastern side of the island also were impacted by the storm.

“Our crop is cut foliage, so there is going to be substantial damage,” he said. “The crop already is bruised already with the wind. Normally after these kinds of storms you get heavy, heavy rain or you get no rain or hot, dry scorching sun. The heat is just above the plants right now. If sun hits, you’re gonna have burn.”