An Oregon judge needed less than a half hour to dismiss a $100 million lawsuit filed by an imprisoned pimp who contended Nike should have included a consumer warning on the sneakers the man used to beat a prostitute’s customer.

Inmate Sirgiorgio Clardy appeared by video feed from the eastern Oregon prison where he’s serving a 100-year sentence, representing himself in the lawsuit filed last January in Multnomah County Circuit Court. He told Judge Robert Durham that Nike was partially responsible for his sentence for failing to warn that his Air Jordans could be used as a dangerous weapon.

The Oregonian reported that Nike’s lawyers spoke for less than 90 seconds, saying there’s no defect in the shoes “when used normally.” 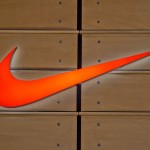 Clardy spoke for most of the mid-September hearing’s 23 minutes before the judge declared the 27-year-old inmate had wasted his time.

The man was sentenced in July 2013 after jurors convicted him of assault, robbery and compelling prostitution and declared him a dangerous offender. The sentence includes the possibility of release after 36 years.