A prominent Oregon economist says one of the counties hardest hit by the decline of the state’s forest industries should expect a “silver tsunami” of retirees as aging baby boomers flee California and, if predictions pan out, the Pacific Northwest becomes a refuge from potential impacts elsewhere of climate change.

His advice to Douglas County leaders is to make it a priority to make sure those retirees get their health care locally rather than in Eugene or Portland, the Roseburg News-Review reported.

“Think of it as capturing Medicare dollars in Douglas County,” said John Tapogna, president of ECONorthwest.

Tapogna said a proposed private health care college in downtown Roseburg would be a step in the right direction.

Douglas County has long been a center of logging and milling in Oregon, but it is one of the Southern Oregon areas whose economies have suffered because of protections for endangered species that curtailed logging on federal lands and mechanization and consolidation among milling and wood products companies. 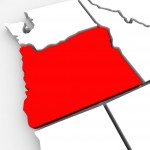 The local economy has begun to come back from the Great Recession. State economist Brian Rooney said Douglas County has regained 1,050 of the 4,440 jobs lost. The unemployment rate is below 10 percent, compared with 16.3 percent in 2009.

“It’s been a bit of a roller coaster, but it’s coming down,” Rooney said.

Prices for lumber have recovered “surprisingly well,” but with little timber being harvested from U.S. Forest Service land there is not enough to feed the demand, said Mark Rasmussen of the Mason, Bruce and Girard forest management consultant company.

Chinese demand for lumber is a growing market, he said, especially for wood from private timberlands.