Washington state officials are seeking to redesign the state’s driver’s licenses and ID cards in order to comply with tougher federal requirements for proof of U.S. residency for government-sanctioned identification.

Under bills expected to be introduced in both the House and Senate this week and obtained early by The Associated Press, the state would create a two-tier system for licenses.

Starting on Nov. 30, 2017, standard licenses would be marked with a statement like “federal restrictions apply” or “not valid for federal purposes,” and enhanced licenses – ones that require proof of U.S. citizenship and are already offered by the state – would remain in place and be valid under the federal requirements.

People in Washington state who are seeking a driver’s license but don’t have legal status to live in the U.S. could still get the restricted card and legally drive. 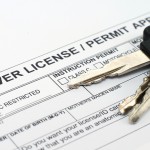 Under the proposed measure, Washington residents wouldn’t be required to get the enhanced licenses. However, those who don’t may eventually need a passport or have to go through other screening processes in order to travel domestically or enter federal buildings. That could include legal residents who don’t have U.S. citizenship.

State officials believe that the move will bring the state into compliance with the 2005 REAL ID act, which was passed by Congress in the wake of the 2001 terrorist attacks. They are hoping that the federal government will grant them an extension to the enforcement of that law while they create the new marked licenses. The REAL ID law, which has had several implementation delays, has started restricting access to some facilities within the past year and, no sooner than 2016, will require the compliant licenses for boarding commercial aircraft.

Gov. Jay Inslee on Friday noted that he voted against the federal law while he was in Congress, and he still doesn’t agree with the policy. But, he said: “The federal government is at some point going to drop the hammer and we don’t have a lot of options.”

“We fashioned the least onerous, the least restrictive proposal possible to be in compliance with this federal requirement,” Inslee said.

The measures would also repeal a 2007 law that prohibited spending state money to comply with the REAL ID act unless federal funding was provided and privacy concerns were allayed.

Shankar Narayan, of the Washington state chapter of the American Civil Liberties Union, said that the bill will face significant opposition from many groups. Community-based organizations have expressed concern over forcing immigrant groups – both those in the country illegally and those in the country legally but not U.S. citizens – to have a marked license. He said those concerns aren’t lessened just because U.S. citizens may choose to get those licenses as well.

“There’s practical as well as stigmatizing issues around having a two-tier license,” he said.

In a letter sent to the state in July, federal officials wrote that while the state has made progress to enhancing security of licenses and identity cards, they couldn’t justify granting an extension. State officials hope this proposal will satisfy the requirements necessary for an extension before the Jan. 19 enforcement deadline that will cover semi-restricted areas of all federal facilities.

More than two dozen states and territories haven’t fulfilled the national ID law’s mandates, which require driver’s licenses and ID cards to have security enhancements and be issued to people who can prove they’re legally in the United States. But Washington is one of only nine states that haven’t received a compliance extension from the federal government.

Tony Sermonti, the legislative director for the Department of licensing said that bill helps move the state toward compliance, and “does it in a way that stays as close to our current driver’s license system as possible.”

Washington and New Mexico are the only states that do not require proof of legal presence for a state license or ID. Other states give restricted licenses to people who can’t prove they are in the U.S. legally.

However, Washington is only one of five that currently already have enhanced driver’s licenses and IDs that require proof of U.S. citizenship to obtain.

As of December, more than 460,000 Washington residents have gotten either an enhanced driver’s license or enhanced ID card. In comparison, there are about 5.4 million people in the state with regular licenses, and an additional 625,000 with regular ID cards, Sermonti said.

The current cost of a regular license in Washington state is $54. An enhanced license is $72.

Whether the state should require proof of legal U.S. residency has been a protracted debate in Olympia, with immigrant advocates arguing that cutting access to licenses for immigrants illegally in the country makes roads less safe, while detractors contended it opened the state system to identity fraud. But the implementation of air travel rules under the Real ID act would affect everyone who travels.

Sermonti said that under the measure, all Washington documents that haven’t expired before the 2017 date would still be valid.