The number of driver privilege cards issued in Utah to immigrants in the United States without permission hit a six-year low in 2014, state figures show.

Since 2005, Utah has issued driving-privilege cards that must be renewed annually for those who cannot prove they’re in the country legally. About 25,000 cards went out the first issue, with the number spiking to 34,000 the second year.

The figures show that immigration has slowed in Utah, said Pam Perlich, senior research economist at the University of Utah. 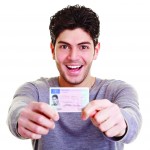 “Certainly it’s evidence that we no longer have a significant wave of immigrants coming to Utah,” Perlich said. “Just like the nation, immigration to Utah has come to a virtual standstill.”

Luis Garza, executive director of Communidades Unidas, said some immigrant families have gone home since the Great Recession. He said most of the families that include immigrants without proper documentation have been here for years and have roots in the community.

The Pew Research Center estimates that there are 100,000 immigrants without legal permission living in Utah, while the Migration Policy Institute estimates there are 88,000.

Perlich said other factors could be playing a role, too, such as more immigrants earning permanent status. About 7,200 immigrants in Utah were awarded two-year delays on their pending deportations under a federal initiative, federal data shows. They can get driver-privilege cards that are good for two years.

They must also pay $55 for fingerprints and background check. The costs may be a slight deterrence for some, said Garza and Mark Alvarez, an attorney and activist in the Latino community.

“It’s an extra obstacle for some,” Garza said.

The bigger issue, though, is that some immigrants think getting a card could lead to deportation, Alvarez said. When the state launched the cards, it was heavily promoted that they would not put people at risk of being deported but that messaging campaign has slowed, Alvarez said.