A former Facebook employee is suing the company on allegations that she was discriminated against, harassed and belittled during her brief employment there.

She is being represented by Lawless & Lawless, one of two firms representing the interim chief executive of Reddit, Ellen Pao, in her gender discrimination lawsuit against a Silicon Valley venture capital firm.

Hong worked at Facebook as a product manager and then as a technology specialist in finance for about three years before she was terminated in October 2013. The Taiwanese woman says she was replaced by a less-qualified, less-experienced man. 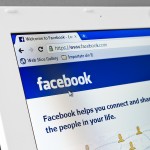 The lawsuit alleges company officials asked Hong “why she did not stay home and take care of her children,” and regularly ignored or belittled her professional opinions at meetings where she was one of few women.

The suit says they also ordered Hong to organize parties and serve drinks to male colleagues, which wasn’t part of her job description.

In addition, Hong claims she was told “that she was not integrated into the team because she looks different and talks different than other team members,” according to the lawsuit.

“We work extremely hard on issues related to diversity, gender and equality, and we believe we’ve made progress,” the company said in a statement to the newspaper.

“In this case, we have substantive disagreements on the facts, and we believe the record shows the employee was treated fairly.”