Colorado will start prosecuting so-called patent trolls, businesses and individuals who falsely claim to have the rights to an idea or product so they can intimidate inventors and companies into doling out money to settle or avoid lawsuits.

A bill signed into law this month makes Colorado one of about two dozen states that have passed measures to crack down on patent trolls in the past two years. With businesses spending billions of dollars to deal with frivolous claims, Congress also has two pending bills addressing the topic.

Companies around the country spend about $29 billion a year in legal fees because of fraudulent claims, according to legislative analysts who worked on the Colorado bill.

“Patent trolls have turned patent law into an abusive litigation process,” said Republican Sen. David Balmer, one of the sponsors of the Colorado law. 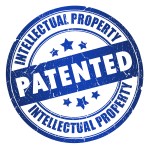 The law gives Colorado’s attorney general the authority to prosecute individuals who make groundless ownership claims to a patent to extort money from businesses. Before the law, state prosecutors had no such power because the litigation was considered a private matter that parties were expected to resolve themselves.

Lawmakers say small businesses or startups with little resources are particularly vulnerable because they’re more inclined to pay money to make a claim go away – even if it’s baseless – and avoid a long and expensive legal process.

Usually it starts with a letter from a shell company to a business or inventor demanding money for infringing on a patent they claim to hold. The letters say they can prevent a lawsuit, or settle a pending one, if they pay up. Sometimes that could be a few hundred dollars, but other demands are far more expensive.

Patent trolls are betting that some businesses lack legal expertise or the stamina to go through a prolonged legal battle, lawmakers say.

“That’s why patent trolls get away with it. (Businesses) get intimated and overwhelmed by it,” said Democratic Rep. Dan Pabon, another sponsor of Colorado’s law.

The patent claims aren’t always about an idea or product. Sometimes the claims involve something as innocuous as software to operate everyday equipment.

Republican Rep. Dan Thurlow runs a printing business in Grand Junction, and a few years ago he got a letter from a company claiming to own the patent on a piece of software he was using in equipment he bought from Kodak. To continue using the equipment, the letter demanded a few hundred dollars, Thurlow recalled. But after ignoring a couple of follow-up letters, the threats stopped, he said.

Colorado banks have also been targeted.

Jenifer Waller, the senior vice president of the Colorado Bankers Association, said some banks have gotten letters claiming they’re infringing on a patent because of a component used in ATMs. The letter demanded $2,000 per bank ATM, Waller said.

One bill pending in Congress – called the PATENT Act, Protecting American Talent and Entrepreneurship – would protect banks and businesses like Thurlow’s from such claims and make patent trolls liable for attorney’s fees. The bill would also require that claim letters include specific information of a patent infringement.

Among other provisions, the bill also seeks to shield small companies or inventors and universities from large monetary judgments if they would result in hardship, and the proposal would make it easier to find patent information in the U.S. Patent and Trademark Office so businesses can snuff out frivolous claims.

“Patent trolls can kill startups right in the cradle, before they even have to get a chance to get off the ground,” U.S. Sen. Chuck Schumer, D-N.Y., one of the backers of the PATENT Act, said in a statement. “If we don’t fix this problem, startup companies who could grow to create thousands upon thousands of jobs might not ever get the chance.”