Utah residents who work in construction and manufacturing are more likely to smoke and binge drink than workers in other industries, according to a new report from Utah’s Department of Health.

The data is based on a telephone survey of more than 10,000 Utah residents in 2013 and is the first state look at substance abuse and other health issues among different workers, said Michael Friedrichs, the report’s author.

Participants in the survey were asked about where they work, whether they have insurance, their use of cigarettes and alcohol and other questions.

Friedrichs, who works in the health department’s Bureau of Health Promotion, said Monday that while workers in certain fields report higher rates of substance abuse and other health issues, there’s no data to show that the jobs themselves cause those issues. 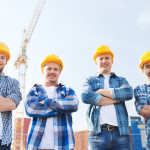 The report found 19 percent of construction workers and 16 percent of manufacturing workers smoke. The statewide average among adults is 11 percent.

Workers in construction and manufacturing also had higher binge drinking rates than the statewide rate of 15 percent.

The highest binge drinking rate was reported in a catchall category of workers who didn’t fit into nine other industries tracked by the report. That rate was 25 percent.

Teachers and other education workers reported the lowest smoking and binge drinking rates.

Only 3 percent of educators were smokers and 6.5 percent were binge drinkers.

The report defined a smoker as someone who has had more than 100 cigarettes in their lifetime and smokes some days or every day. Binge drinking was defined as a man having five or more drinks on one occasion or a woman having four or more drinks.

The report also looked at mental health among workers.

Workers in sales, office and administrative jobs reported the highest levels of stress and emotional problems, with 13 percent of people in sales and 12 percent of those in office jobs reporting they experienced frequent mental distress.

Those working as managers or in business or financial jobs reported the lowest rates, with only 6 percent saying they felt regular mental distress, according to the report.

Blue-collar industries such as construction tend to have higher rates of male workers and workers with no education beyond high school. Those are populations that generally have higher rates of binge drinking and smoking than college-educated workers, health officials said.

Chris DeHerrera, the president and CEO of the Utah Chapter of Associated Builders and Contractors, said the numbers in the report were staggering.

“I had no idea they were that high,” DeHerrera said.

She said the lifestyle of a typical construction worker includes long periods of travel away from family, which can sometimes contribute to substance abuse.

She said the Associated Builders and Contractors chapter in Utah supports a national initiative that aims to keep construction sites drug and alcohol-free by having firms pledge to adopt drug-testing and discipline policies.

Messages seeking comment from the Utah Manufacturers Association were not returned Monday.