The owners of a home destroyed in a landslide in Jackson have filed a lawsuit saying construction work made the hillside below their house unstable.

Jeremy and Sara Budge are seeking compensation from construction and engineering companies and previous owners of a lot near their home on which a Walgreens drugstore was built. Their lawsuit names more than a dozen defendants, the Jackson Hole News & Guide reported.

The slow-moving landslide last year ripped in two the Budges’ home partway up the hillside. Authorities evacuated dozens of other homes and apartments for several weeks.

Eventually, emergency earthwork all but stopped the landslide and residents returned. 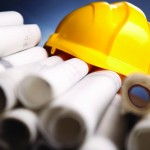 Development associated with the Walgreens at the base of East Gros Ventre Butte made the slope unstable and ultimately led to the landslide, the Budges say in the lawsuit. “The defendants failed to obtain information, ignored information or otherwise disregarded the instability and potential instability of the hillside,” the Budges say in court documents.

A landslide previously occurred on the hillside in the 1950s, and those involved with the Walgreens development either ignored or missed that fact, the lawsuit alleges.

Those involved in the case either declined to comment or did not return calls.

The Walgreens is permanently closed. Walgreens reached a $150,000 settlement with the Budges in September and is not directly part of the litigation.

The Town of Jackson also was a party to the settlement and isn’t named in the lawsuit. Jackson officials have been investigating how to cover the estimated $10 million cost of permanently shoring up the area where the slide took place.