Ride service Uber is attempting a new legal maneuver to learn more about an Internet address that it thinks could help identify the individual who improperly accessed an Uber database last year, according to court filings this week.

A San Francisco judge authorized a subpoena against Comcast Corp. earlier this year, in which Uber sought information about the online history of one Comcast Internet address that Uber believes could yield clues about the hacker.

In February, Uber revealed that as many as 50,000 of its drivers’ names and license numbers had been improperly downloaded, and the company filed a lawsuit in San Francisco federal court in an attempt to unmask the perpetrator. 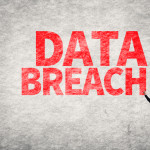 The subpoena ruling is currently on hold, pending an appeal by the Comcast subscriber. However, Uber also faces a separate lawsuit filed by one of its drivers. In that lawsuit, Uber on Tuesday asked for a new subpoena against Comcast for much of the same information about the Internet address.

Last month Reuters reported that the Comcast Internet address could be traced to the chief technology officer at Lyft, a rival U.S. ride service. A Lyft spokesman said it had found no evidence the executive or any other Lyft employee was involved in the Uber data breach.

Representatives for Uber, Lyft and the Comcast subscriber could not immediately be reached for comment on the Tuesday court documents.